Four staff have lost their jobs after a decision to ban evening events at a Devon café in case they disturb rare bats. The decision, to protect the greater horseshoe bats, is 'catastrophic' according to the owners of the café on Brixham's Berry Head. Four of the 19 staff at the Guardhouse Café, who were only recruited in February or early March, have been made redundant and the café is losing more than 20 per cent of its planned revenue. Alex and Lucy Foley took over the café last May, seeing 'a lot of potential' in the business. Last September, they started to run regular themed restaurant evenings such as Greek and Thai, which were attended by up to 40 people. Alex said: "When we saw how popular they were, we decided to do more from April 1. Rather than one every week or two, we planned two per week, and four per week in August. 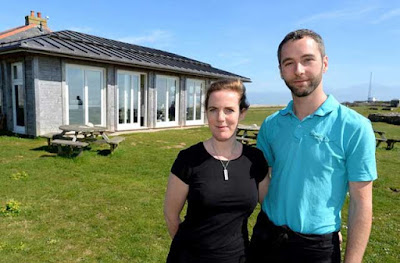 "We planned to grow the evening events to form 20 to 30 per cent of our revenue and do around 10 private bookings a year, for weddings and birthday parties, which would account for two per cent of our turnover." But when they sought permission from Torbay Coast and Countryside Trust, which owns and manages Berry Head, they had a 'complete shock' to be told everyone, including staff, had to be out of the premises one hour before sunset. Alex said: "I felt terrible having to let staff go and tell people who had booked parties we would no longer be able to host their events but we fully support the conservation efforts on Berry Head. It's a beautiful place. It's one of the reasons we wanted to come here."

TCCT director Damian Offer said: "Berry Head is a unique and special place with a diverse array of rare and threatened flora and fauna. It is the trust's duty to protect that wildlife. Natural England is the statutory advisor to the trust.Further research into the behaviour of bats at Berry Head will be necessary before NE can properly determine the likely impact of evening events. Unfortunately there is a significant cost involved in such work. We have approached NE for funding and we will explore other funding options.” A spokesman for Natural England said the legally-protected greater horseshoe bat is a species of 'principal importance' and the area is thought to contain the UK's largest population of them.She said: “The route between the Guardhouse Café and the car park crosses a known flight path and the surrounding grassland offers foraging potential for the bats. 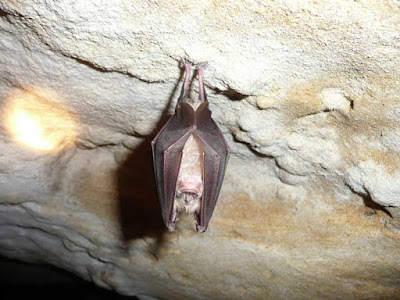 “We would be minded to refuse consent on the basis of light pollution, noise pollution, and physical disturbance of the flight path.” It is understood there are 92 bats living in the caves 75 metres from the café. They leave the caves to hunt 20 to 30 minutes after sunset. Trevor Spratt, who volunteers for TCCT and is a member of the Friends of Berry Head, said he was 'disappointed'. He said: "I've been to half a dozen themed evenings at the café and I was intending to go on as many future ones as possible. I enjoyed the food, ambience and camaraderie. It's a very pleasant place to spend an evening. I was surprised because the bats and previous café owners, who also held evening events, have co-existed for many years, and the moat is the only way of getting on to the headland whether you're a member of the public going for a jog or walking your dog as you can at any time, or you're going to a function at the café. I have also been on the Bat Walks which TCCT organises, where 30-odd people stand at the top of the cliff as the bats emerge. I hope this isn't the thin edge of the wedge."
Posted by arbroath at 6:01 am
Email ThisBlogThis!Share to TwitterShare to Facebook