A man posing for a photo while holding his “trophy fish” was attacked by a sea lion which hauled him over the side of a boat into the water on Sunday. 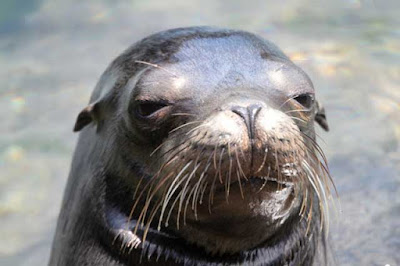 The 62-year-old victim, who was not identified, was holding a fish posing for a picture being taken by a friend near the Hyatt Mission Bay Marina in San Diego, California, at 2:40pm when the marine mammal attacked.

“The man was bitten by a sea lion and pulled into the water,” San Diego Fire-Rescue spokesman Lee Swanson said. “A 300-pound sea lion grabbed the fish and pulled the man over the side into the water and dragged him 20 feet through the water. We estimated that he was in the water for 15 to 20 seconds. 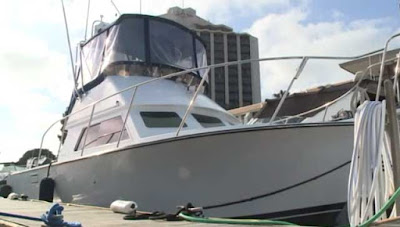 “At that point, the sea lion let go and he was able to jump back into his boat,” said San Diego lifeguard Lt. John Sandmeyer. The man sustained puncture wounds and lacerations to his leg, and was taken to a hospital for treatment. Boaters at the marina said they’ve never heard of such an attack, but have noticed sea lions becoming more aggressive.

Might not there have been a reason that they were given the name "sea lions?"

Good point.
And I bet that the seal lion is nowhere near as aggressive as the humans.
Share the planet.