A man got so drunk at a family gathering he ate a glass beer bottle, police in Australia's Northern Territory say. Superintendent Louise Jorgensen said police and St John paramedics were called to a Wagaman home just after 9pm on Wednesday.

The 38-year-old man had chewed and swallowed a lot of glass, 'and then went for a lie down'. “His family then called police and St John, and he was taken to Royal Darwin Hospital,” she said. This was one of more than 500 calls made to police between 3pm-11pm on Wednesday. 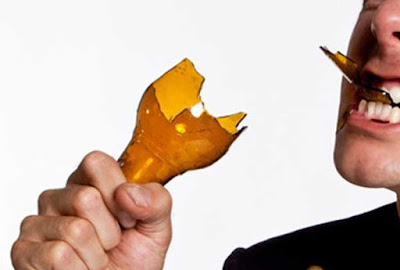 Supt Jorgensen said responding to reports of stupidity frustrates police and stretches an already stretched general duties division. “People are dismayed when we can’t respond to their jobs immediately, but this is why - because of all these other jobs that are coming in. General duties police are run off their feet by anti-social behaviour and Alice Springs is in a similar position.”

She said the evening shift from the afternoon until about midnight is usually the busiest of the day, with police fielding about 350 calls. But she described this week as 'out of control'. “We got 500 calls (Wednesday) evening, and about 450 on Tuesday. “Most of them are domestics, or anti-social and drunk behaviour.”
Posted by arbroath at 6:05 am
Email ThisBlogThis!Share to TwitterShare to Facebook