A man suspected of trying to steal clothes had to be freed by firefighters after becoming trapped in a charity bin at St Stephen's Shopping Centre in Hull. A member of the public alerted security at the shopping centre when they heard banging coming from the bin at about 4.30am on Friday morning. 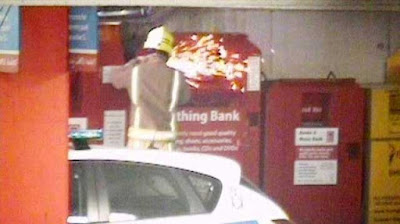 Because of the way the bins close, they were unable to reach in and get the man out themselves. In the end, emergency services had to free the suspect from the British Heart Foundation recycling bin using a disc grinder. Police also attended and an arrest was made. Shopping centre manager Jim Harris said: "It would appear some individual who was trying to steal clothes out of the bin had fallen in. 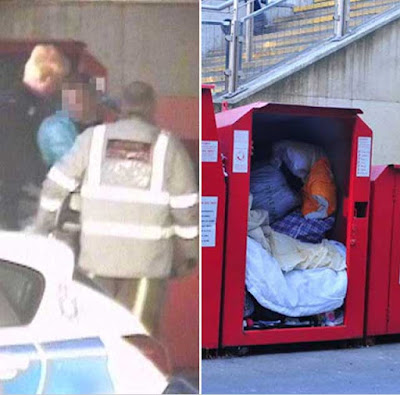 "These things have got a closing mechanism which only opens one way – he couldn't get out and we couldn't get him out. We had to call the fire brigade and they to grind the corner off and cut him out." The clothes bin is in the shopping centre's car park and is owned by the British Heart Foundation. The fire service confirmed officers attended shortly after 5am. 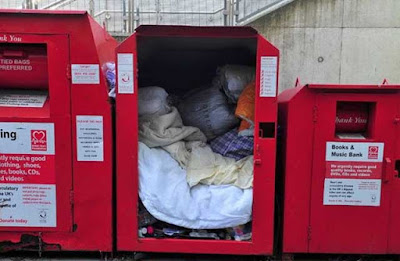 A spokeswoman for Humberside Police said: "A man was arrested after being found allegedly removing clothing from a charity bin in Hull. Officers attended after receiving a call and found a man inside the recycling bin. Humberside Fire and Rescue Service was called to assist in helping the man out of the bin and the 33-year-old man was then arrested on suspicion of theft."
Posted by arbroath at 6:02 am
Email ThisBlogThis!Share to TwitterShare to Facebook