A missing 17-year-old Northern California boy, who was found on Thursday, picked fruit from trees at a high school and drank any water source he could find to survive, police said. 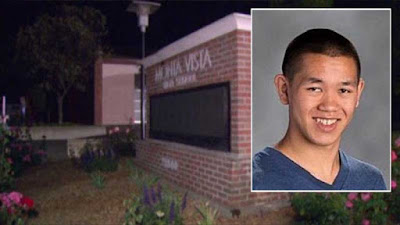 Connor Sullivan eluded more than 200 volunteers who searched for days as he hid on the Monta Vista High School campus in Cupertino, where he was last seen at 10am Monday, said Sgt. James Jensen of the Santa Clara County Sheriff’s Office. He slept under the school bleachers, ate from fruit trees on and around the campus, used the portable toilets and drank from fountains and faucets.

That went on for days as volunteers searched the campus and nearby neighbourhoods until 9 pm on Thursday, when he finally decided to go home. “He did not want to be found,” Jensen said. It is unclear why he ran away, but sheriff’s officials said they believed he was missing. 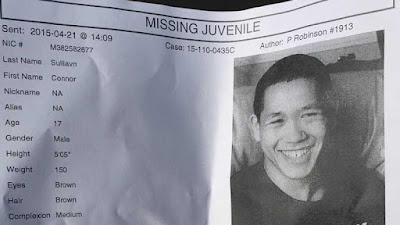 Deputies didn’t think he was hurt, but they deemed his departure suspicious because he had never run away before. Sheriff’s officials have looked into whether they could seek restitution from the boy’s family for the search efforts but couldn’t find any laws to support it, Jensen said.
Posted by arbroath at 6:04 am
Email ThisBlogThis!Share to TwitterShare to Facebook