Police are hunting for two teenagers who held up a Mr Whippy ice cream truck at gunpoint in Auckland, New Zealand, on Sunday afternoon.

The youths approached the truck at 3.10pm while it was parked in Orakei. 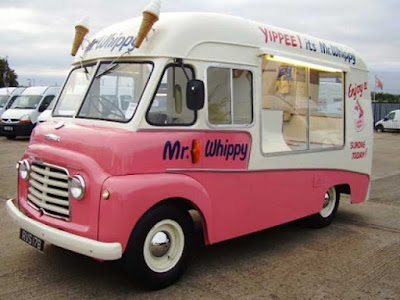 Inspector Kerry Watson told the Herald the pair approached the truck and, brandishing a small firearm, demanded money from a woman. They fled on foot with a bag full of cash and credit cards.

Mr Watson said the two offenders were described as Maori youths aged between 15 and 18. Both were wearing light grey hoodies and one also had a green rain jacket on.
Posted by arbroath at 6:03 am
Email ThisBlogThis!Share to TwitterShare to Facebook