Woman charged with murder after saying dog shot her boyfriend

The girlfriend of an off-duty police officer has been charged with murder after claiming he had been shot when the gun accidentally discharged as she tried to remove it from his dog's mouth. Tyaina Finch was charged with murder and aggravated assault in the death of Mark Hudson in Darby Township, near Philadelphia, last weekend. Finch initially told investigators that the officer's yellow Labrador had his service revolver in its mouth, and as she attempted to pull it out, it fired, killing the officer. 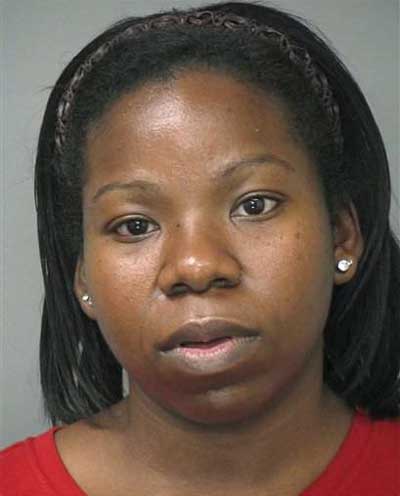 But Delaware County District Attorney Jack Whelan said the statements by the 27-year-old Glenolden woman were "inconsistent." She has now been charged with first-degree murder and related crimes and ordered held without bail in the death of Mark Hudson, 26, also of Glenolden. Whelan described the couple's relationship as "tumultuous" and said officers had been called to the home numerous times for domestic disturbances. "We believe she acted on this particular day with specific intent to kill [Hudson]," said Whelan. Finch already was being held in jail for allegedly making terroristic threats and other charges.

Hudson had filed a protection-from-abuse order on Jan. 30, saying Finch "came at me with a knife and threatened to kill me." She also allegedly struck him in the face and said she would burn down his house. The order was dismissed on Feb. 19 when Hudson failed to appear in court for the hearing. Last Saturday at about 4pm, Whelan said, Finch told detectives the two were "playing around" in the master bedroom of Hudson's house. According to court records, the two were "smacking" each other when Hudson "grabbed her from the back and pushed her down on the ground." Finch yelled at Hudson to stop. 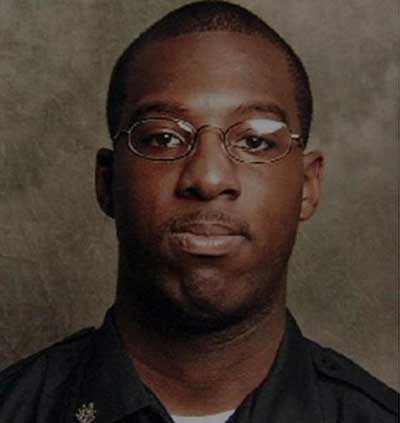 The dog, named Simba, was getting in the middle of the two of them. As Hudson went to close the window blinds Finch said she saw the dog carrying his service weapon in its mouth. She grabbed the gun and it discharged. She called 911. On Monday, Whelan said Finch changed her story, telling detectives she wanted to tell the truth. Her statement was taken at Mercy Fitzgerald Hospital, where she was being treated for diabetes, he said. "This time she tells us a completely different version," said Whelan. She changed her version to say she had fired the gun in self-defence after Mr Hudson attacked her. But Whelan said her story became inconsistent again. Hudson died at Presbyterian Hospital of his injuries. The medical examiner ruled his death a homicide.
Posted by arbroath at 6:07 am
Email ThisBlogThis!Share to TwitterShare to Facebook