A woman says she has seen her mother's ghost in the window of her old family home while looking on Google Earth.

Michelle McHattie, 41, said she was "shocked" when she saw the image of mum Kathleen King, who died aged 82 in 2012, in the window of the house in Swanley, Kent. As she looked further she also noticed her father, and Kathleen's husband, James King, who died in July last year, aged 83. 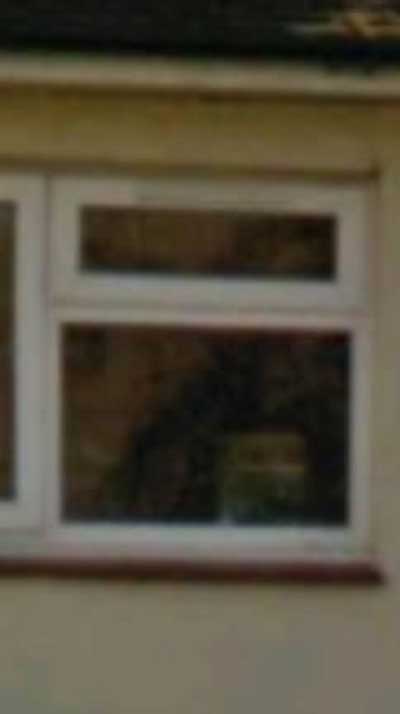 Ms McHattie said: "I was looking on Google Earth and I thought I would see what the house is like. I was so shocked to see there is someone in the window. I can honestly tell you if you see a picture of my mum, there is my mum and she is in the corner. I am just flabbergasted."
Posted by arbroath at 6:00 am
Email ThisBlogThis!Share to TwitterShare to Facebook

I see absolutely nothing except for some reflection in the front that supposedly is the dog. I think it's wishful thinking on their part.

You see more than I do, Shak.

I can't see anything even faintly resembling a dog.

You both are wrong.

It's clearly an image of Jesus.