A bookkeeper has been sacked for serious misconduct after she accidentally sent a text to her boss calling him a "complete dick". The text was meant for her daughter's boyfriend and now she has lost an unfair dismissal claim, failing to convince the Fair Work Commission that it was a "lighthearted insult". Before her dismissal, Louise Nesbitt worked for six years as the office administrator and bookkeeper for small mineral exploration company Dragon Mountain Gold in Perth, Australia. She and Rob Gardner, the company's chairman and managing director, were the sole employees. 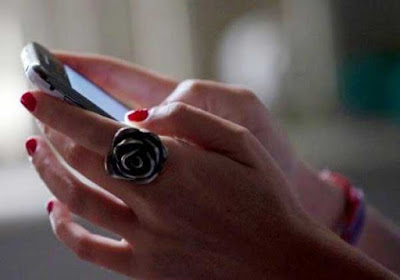 She subsequently sent another text message to Mr Gardner which read, in part, "Rob I need to explain … that message came across so wrong … that is not how I feel. My sense of humour is to exaggerate ... Yes I do feel that my ideas are all ignored but that's ok ... Please forget it and just go on as normal. I am very very sorry." Ms Nesbitt did not attend the office for several days, saying she was working from home. Mr Gardner told the commission that the text message describing him as a "complete dick" was highly offensive, derogatory and a shock given Ms Nesbitt's position as an employee and their long working relationship.

Commissioner Danny Cloghan noted that although the text message was the main reason for the dismissal, the working relationship between the duo had deteriorated in previous months. Commissioner Cloghan said he did not accept Ms Nesbitt's argument that the text was a "light-hearted insult" or that she lived with young people who put "complete" in front of every second word. "To call a person a 'dick' is a derogatory term to describe them as an idiot or fool," he said. "The word 'complete' is used to convey the message that the person is, without exception, an idiot or fool – they are nothing less than a 'dick'. He said he was satisfied that Mr Gardner believed on "reasonable grounds" that Ms Nesbitt's conduct was serious enough to justify summary dismissal and she had not been unfairly dismissed.
Posted by arbroath at 6:05 am
Email ThisBlogThis!Share to TwitterShare to Facebook

This is, for some reason, very funny to me. I bet that wiped the smile of her face. Once he read the message that was it, there is no going back. He would always be wondering what she's saying about him behind his back. She got cocky and paid big time. Oh, and good luck finding another job straight away. I suggest waiting a few months if possible.