A bearded man dressed as a woman robbed a Walgreens pharmacy at gunpoint on the west side of Detroit, police said. 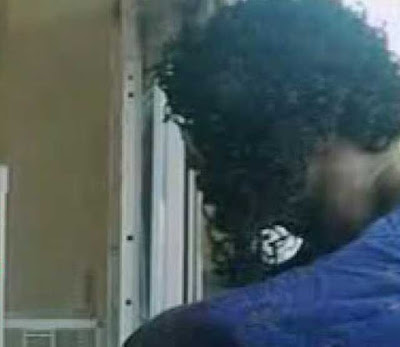 The armed robbery took place at around 10:50am on Monday. The man was wearing a black curly wig, a purple dress, white shoes and was carrying a brown purse and cane.

Police release surveillance footage on Tuesday of the man as he stood at the pharmacy counter. An employee filled the suspect's purse with an undisclosed amount of US currency before the suspect fled on foot.

The suspect is described by police as a black male, 30- to 40-years-old, approximately 6-foot and weighing 250-280 pounds. He has a full beard and moustache. Anyone with information is asked to contact Detroit police.
Posted by arbroath at 6:07 am
Email ThisBlogThis!Share to TwitterShare to Facebook