Man punched bear in the face to save his dog

A 73-year-old man from Placer County, California, came face-to-face with a bear outside his home. He didn’t run. He didn’t call wildlife officials. Instead, he punched the bear in the face. Carl Moore is not a man who scares easily. 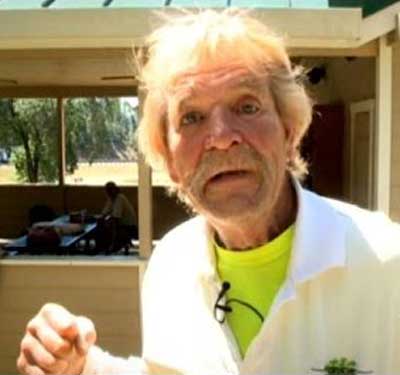 “The man or beast that I run from ain’t been born, and his momma’s already dead,” he said. “I ain’t run from nothing; I never have in my whole life and I ain’t going to start now,” he said. “And you’re not going to sacrifice my babies for some damn bear.” 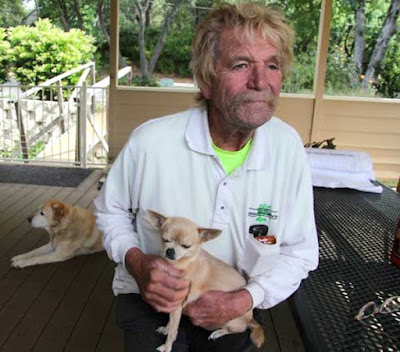 Recently, Lacy, the dog he loves like a daughter, started whimpering outside. Carl ran out and there it was, a bear who had no idea it had just stepped into Carl’s world. “And I raised both hands in the air and I cussed at him, 'Rrraaaaaaa! Get out of here you bastard', and he looked at me like 'Go eff yourself,'” he said.

Carl landed a whirling haymaker, punching the bear right in the face. The bear is now long gone. But if he does return, Carl will be ready with that right hand. “This guy’s a jerk, but he ain’t been back since he’s been smacked by Carl,” Carl added.
Posted by arbroath at 6:04 am
Email ThisBlogThis!Share to TwitterShare to Facebook