A pizza delivery driver in Louisville, Kentucky, was stabbed and carjacked, but managed to drop off the pizzas before collapsing. Willow Rouben, regional manager for Spinelli's Pizzeria, said Josh Lewis, 25, left the restaurant on his way to Norton Hospital. 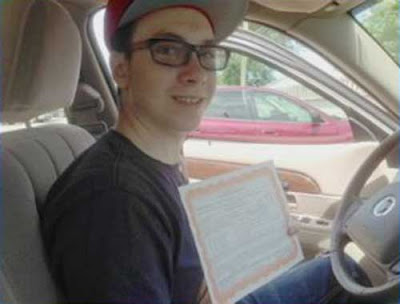 Police said Lewis was attacked when he arrived at the hospital at around 2:45pm on Sunday. "As he was taking the pizzas out of his car and walking to deliver the pizza, he was stabbed in the back. Believe it or not, he got his pizzas delivered and collapsed in the ER,” Rouben said.

Investigators said the suspect, described as a black man in his 40's, jumped into Lewis' black Jeep Cherokee and took off. Rouben said Lewis was rushed to nearby University Hospital and into surgery with a collapsed lung. "He was coherent. He's just an amazing kid and we're all praying for him. We haven't stopped thinking about him," Rouben said.

Rouben said Lewis is a college student from Detroit, Michigan. She said he's worked off and on for Spinelli's for the last six months. Rouben said they're currently working on a way to help Lewis and his family. "He's just a sweetheart. He's a sweet kid and we're just so sad that this happened to him," Rouben said. "Our hearts are broke. We just want him to be OK."
Posted by arbroath at 6:05 am
Email ThisBlogThis!Share to TwitterShare to Facebook