Woman accused of shooting at husband for not helping with housework

Friends describe a woman from Marysville, Washington, accused of firing a handgun at her husband after he refused to help with housework, as more of a mother than an attempted murderer. "She wouldn't hurt a bug," said Sherry Hill, one of her neighbours of 20 years. "They are very nice people. I always thought they got along great."

Hill's across-the-street neighbours, Greg and Starlene Roth, had an argument on Saturday when she got frustrated that he "hadn't been able to do anything around the house," according to court papers in the case. Greg had been hospitalised for a medical condition, he told investigators. His wife of more than three decades got upset and threw a glass vase. Starlene then allegedly knocked over a barbeque, which Greg picked up, and later broke the remote control to the television, Greg continued. 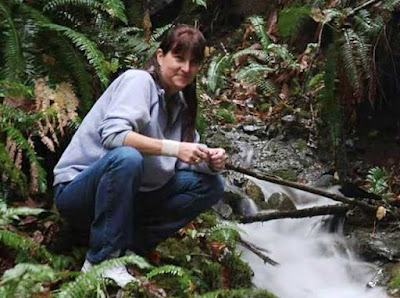 His wife then went to the bedroom to get a 9 mm semi-automatic weapon, pointed at his chest, and fired, but missed. He left the house. Starlene is currently in jail on $250,000 bail after a judge found probable cause to hold her for investigation of attempted second-degree murder. "She's really a good person," said Brian Ashbach, Starlene's attorney. "My early impression in the case is just that there was no intent to harm or to shoot at any particular person."

Ashbach described his client as mother to an adult daughter with no violence in her criminal past. State records show a single conviction, for driving under the influence, in Chelan County last year. "I believe it was reflected in the (probable cause affidavit) that she was not trying to shoot her husband," he said. Starlene told investigators she "regret(s) what she did," court papers show. She added that there was no physical violence in the house, that she was sober at the time of the shooting, and she is not mentally ill. Starlene should make another appearance in court later this month. Greg Roth did not want to comment on the case.