A Tennessee man who dialed 911 to complain about his noisy neighbours, who were engaging in some loud sex, was allegedly assaulted and stabbed by the couple for summoning police officers, according to investigators. Mark Galin, 57, twice called police last week to complain about the racket emanating from the apartment of Johnny Allen Richards, 33, and Erin Brooke Lawson, 32. 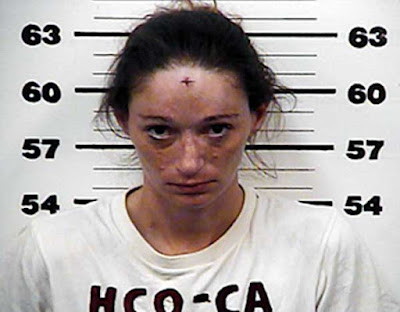 After Hawkins County Sheriff’s Office deputies left the residence in Rogersville for the second time, Richards and Lawson allegedly attacked Galin at his apartment door. As detailed in a police report, Galin told a deputy that Lawson “hit him with a rake and broke the handle.” She then allegedly stabbed him in the arm with the jagged handle. Richards, Galin added, struck him with a “2x2 stick.” 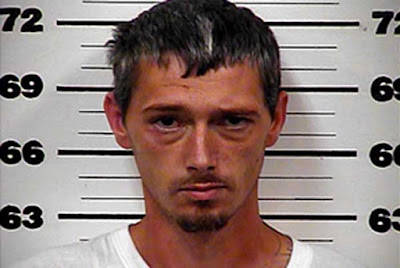 Deputy Kenneth Ferguson reported finding blood on the end of the rake handle, and observed “several lacerations” on Galin that were consistent with his account of the incident. The stick was also recovered. Investigators determined that Lawson and Richards were just having loud sex when Galin first called 911. The couple was reportedly involved in a domestic spat when Galin called police the second time.

Lawson and Richards were each charged with aggravated assault in connection with the attack on Galin. Lawson, who was intoxicated, is facing a second felony assault count for allegedly striking Richards with the same 2x2 stick that Richards allegedly wielded during his attack on Galin. Richards and Lawson are being held in the county jail. The gash on Lawson’s forehead, officers say, came when she took a post-arrest tumble in the county drunk tank.
Posted by arbroath at 6:05 am
Email ThisBlogThis!Share to TwitterShare to Facebook

Nobody deserves to be attacked, but calling the emergency number because your neighbours are noisy should net you a fine for wasting police time.

Gareth, it's the same as playing loud music. We all have the right to a quiet neighbourhood. Creepy looking couple.

Why choose? Make love and war!