Motorist cited for driving with car full of bees

A motorist was pulled over on Interstate 90 near Missoula, Montana, recently with thousands of bees in his car. 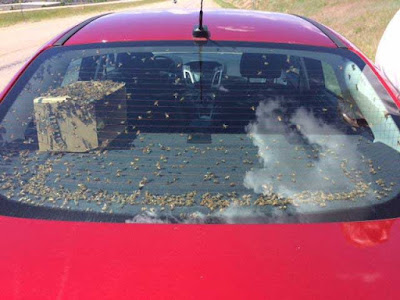 The Montana Highway Patrol received a call on May 22 from another motorist who stated the inside of the car had bees all over the windows and flying throughout.

The vehicle was driving all over the road. When troopers stopped the car, the driver told them that they were “Russian Honey Bees” and harmless. There were five hives and thousands of bees inside the car. 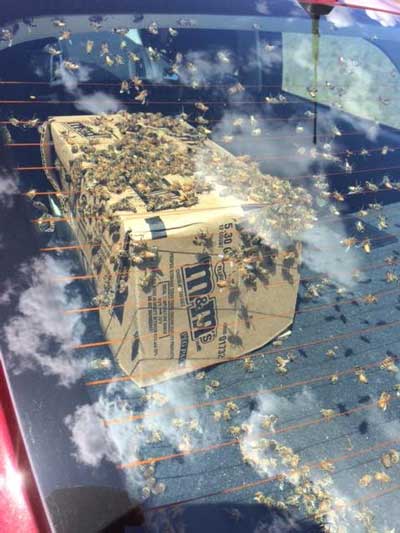 The state Apiarist was contacted and troopers learned that although a very unsafe way to transport bees, the driver needed no permits to transport the bees through the state. The driver was issued with a citation for careless driving.
Posted by arbroath at 6:07 am
Email ThisBlogThis!Share to TwitterShare to Facebook

Yikes! That would be an unimaginable situation. I get even one bee in my car and I turn into a crazy person and have to pull off the road.

Absolutely. Do you have any idea how important honey bees are to agriculture?

What do they call them "apiarists" and not "beeologists"?

Why do they call them "dentists", and not "toothologists"?

I'm a beekeeper and I never have transported bees in the daytime, nor inside of a car. Either this guy stole the bees or he was high on some form of drug. And it doesn't matter the bee, all bees can sting. Mason bees are safe and do not sting so this guy is either a crackhead or a theif.