Avon & Somerset police have released a recording of a man in Yeovil who called 999 to complain he had beeen chased by a badger. 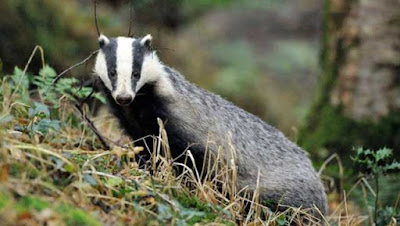 He told the operator that he had "literally just got away" from the animal after dangling his keys and shouting at it a bit.

He went on to say the badger was "quite vicious" and it wouldn't stop chasing him.

The female operator politely told the caller that there was nothing the police would be able to do.
Posted by arbroath at 6:00 am
Email ThisBlogThis!Share to TwitterShare to Facebook

Isn't that a redundancy?