An orphaned, emaciated juvenile bald eagle is recovering after someone discovered it lying beside a bald eagle lawn ornament in Issaquah, King County, Washington. "It's at an age where we expect the parents should still be taking care of it," said Dr. Bethany Groves. 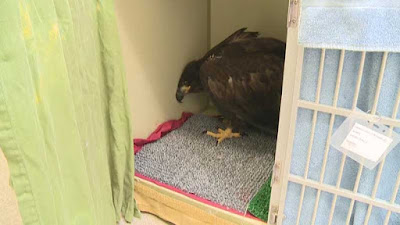 A couple of months old, the bald eagle is at the fledgling age, when eagles start learning to fly. It may have fallen from the nest and its parents stopped bringing it food. But it's too young to know how to catch its own prey. "He's very thin to emaciated and weak," said Dr. Groves. 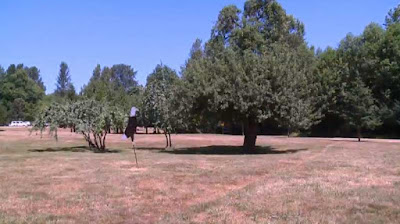 Rescued on Thursday, it's likely waited for food since early this week. It was discovered right at the base of a bald eagle lawn ornament in Issaquah. One that looks a lot like its parents would. "He basically has not been getting that parental support for at least the last couple of days," Dr. Groves said. 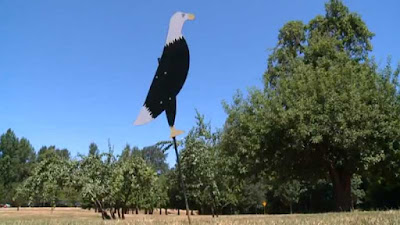 Dr Groves believes it's unlikely the eagle thought the ornament was its mother, or that it was waiting for the inch-wide replica to give it some food. They don't see two-dimensional art that well. The eagle will likely stay at PAWS Wildlife Center until its old enough to fly, and hunt its own food.