A baby seal is looking forward to a second chance of life in the wild after being rescued from a field of cows in Lincolnshire. The pup is making progress at Natureland Seal Sanctuary in Skegness. 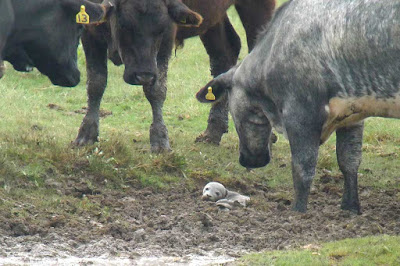 Boston resident Ian Ellis was visiting RSPB Frampton Marsh and noticed a herd of cows acting strangely near a muddy puddle. He looked through his telescope and saw they were surrounding the pup who had hauled out of a creek in their field. When Mr Ellis went closer to the pup he found the mother was nowhere to be seen so he contacted the wardens at the RSPB reserve and Natureland. 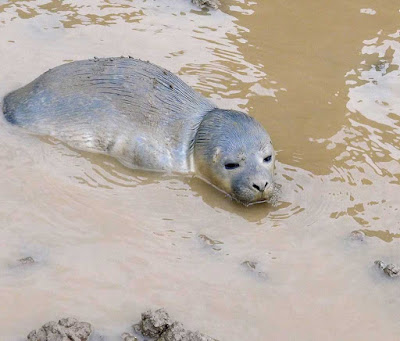 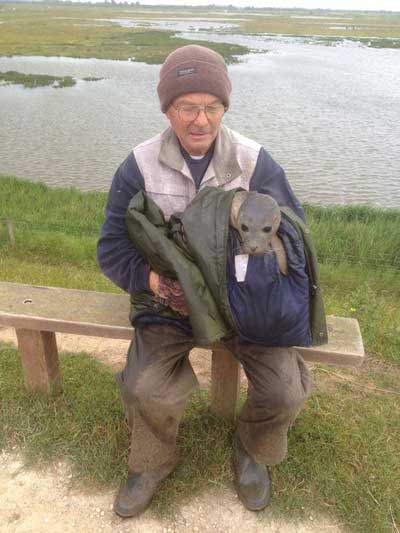 Natureland staff told Mr Ellis how to move the pup safely and then staff went out to collect her. Director of Natureland, Richard Yeadon, said: "Once we got the pup back to Natureland, she went straight into the Seal Hospital to begin treatment. Her main problem is that at only five days old she was orphaned and therefore had not fed for a while, she had lost quite a lot of weight and was dehydrated. 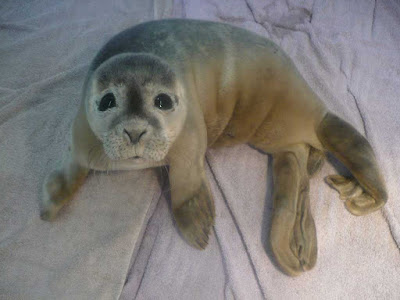 "We gave her rehydration fluid through a stomach tube and are now giving her high fat herrings which will help her gain back the weight. Once she is stronger, she will continue through the rehabilitation process until she is 60-70lb and is able to feed in the water by herself. We will then release her back to the wild." In the past half a century Natureland has helped to rehabilitate over 700 seals back into the sea.
Posted by arbroath at 6:02 am
Email ThisBlogThis!Share to TwitterShare to Facebook

Is she cute! She looks to be made of hunks of velvet. And those big liquid eyes.