Animal control workers received 179 pigeons, including 15 babies, from an apartment in east Charlotte, North Carolina, over the weekend after the owner surrended them. 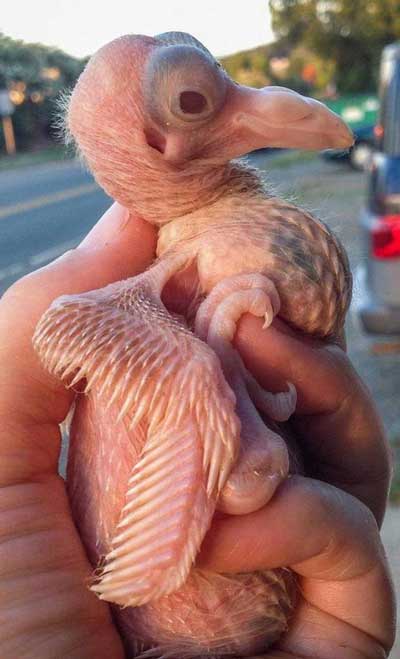 The birds were covered in parasites. Many of the birds also had faeces caked on their legs and feet, according to the nonprofit Carolina Waterfowl Rescue, which was given custody of the birds by Charlotte-Mecklenburg Animal Care & Control. 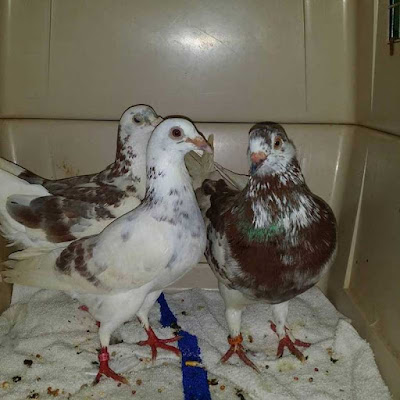 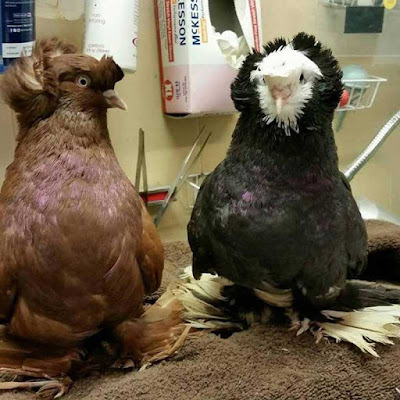 The birds are of various breeds of specialty pigeons, said Jennifer Gordon, executive director of the Indian Trail-based Carolina Waterfowl Rescue. The pigeons are receiving full medical exams at the rescue, Gordon said. Some of the birds also are suffering from infections and/or abscesses, and at least one bird is blind and has no feathers. 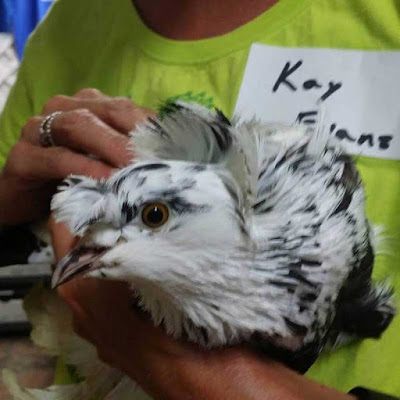 Melissa Knicely, spokesperson for Charlotte-Mecklenburg police animal care and control, said an on-duty police found the birds, which were being held in small cages. Knicely added that the department isn’t seeking any charges against the owner because he cooperated and turned the birds over to animal control.

There's a large photo gallery here.
Posted by arbroath at 6:05 am
Email ThisBlogThis!Share to TwitterShare to Facebook