A drunk 25-year-old man was "mooning" traffic in Otago, New Zealand, when he was struck by a van and died, a coroner has found. Travis Jason Stephen Lane died in hospital just over a month after he was struck by a car in February last year. Coroner David Crerar released his findings on the death on Wednesday. He found Mr Lane was significantly affected by alcohol and drugs when he ran out into traffic to do a "brown eye" to passing cars.

"He has paid the ultimate price for his foolishness," Mr Crerar said. Mr Lane was at a party at his house on February 22, 2014 before the incident occurred. His friend, Corey Tuilaepa, said a group was drinking outside when Mr Lane started running to the road. "He was being cheeky and doing brown eyes to traffic. "He would run out from where we were down by the fire by the garage and run out to the road and face which way the traffic was going, pull his pants down and do a brown eye." Mr Tuilaepa heard a bang when Mr Lane was hit by a van - resulting in serious brain injuries and an arm fracture. 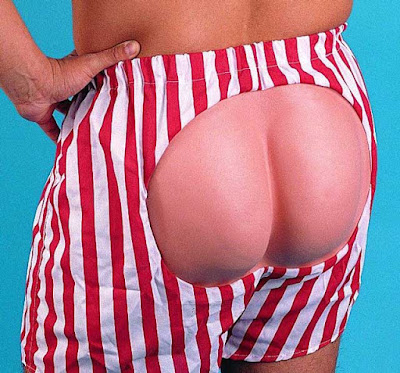 The driver of the van was found to be driving under the speed limit and police described the lighting as "sparse". Other friends Michael Cotton and Samantha Powick told police Mr Lane was starting to walk across the road - possibly still with his pants around his ankles - when the van hit him. "He stood in the lane and started to do full brown eyes, pants around his ankles, to the cars that were heading north. Whilst he was doing this, we were laughing at him," Mr Cotton said. Mr Lane was taken to hospital in a comatose state but never regained consciousness and his condition later changed to "vegetative".

He died on March 28, 2014. No blood samples were taken when Mr Lane was admitted to hospital but witness evidence suggested he was significantly affected by both alcohol and drugs at the time of the incident, said. "The actions of Travis Lane, affected as he was by alcohol and cannabis, were foolish in the extreme. He is the author of his own misfortune ... it is clear that the alcohol and cannabis consumed created a state of euphoria and disinhibition which helped to make him careless of the consequences of his actions," Mr Crerar added. There was no evidence to suggest Mr Lane ran out into traffic to end his own life, Mr Crerar found.
Posted by arbroath at 6:03 am
Email ThisBlogThis!Share to TwitterShare to Facebook