Police are appealing for assistance following the report of a motorist being robbed in Sydney, Australia, early on Saturday morning. At about 2.30am a 33-year-old man was sitting alone in his car parked in Smithfield. 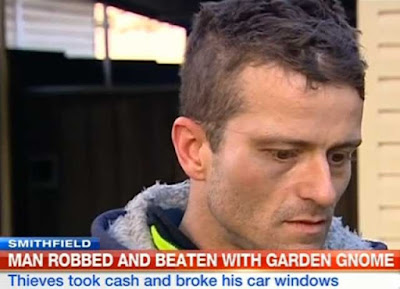 The man told police he heard footsteps approaching and then the sound of windows smashing. He turned to see four males next to his car and one of the men was smashing the car windows with a garden gnome. 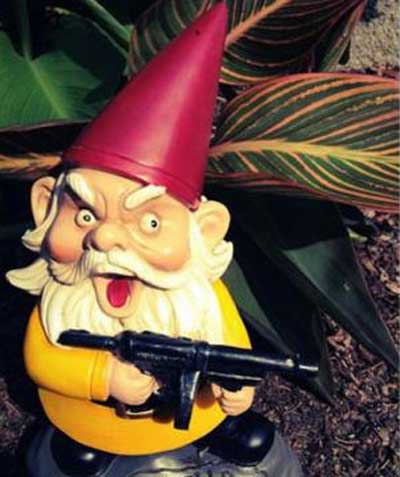 One of the men then punched the driver several times in the face before he produced what was believed was a black-coloured gun. The driver was punched again by the man before cash was taken from the driver’s wallet. The four men then ran from the scene. The driver returned to his house and contacted police who attended a short time later. 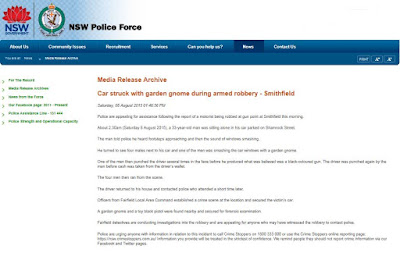 Officers from Fairfield Local Area Command established a crime scene at the location and secured the victim’s car. A garden gnome and a toy black pistol were found nearby and secured for forensic examination. Fairfield detectives are conducting investigations into the robbery and are appealing for anyone who may have witnessed the robbery to contact police.

Once again, an excellent choice of image.

It would never even have _occurred_ to me to search for a photo of a garden gnome holding a gun! You are a strange, strange, individual, Arbroath!

And I enjoy your site every day.