An unidentified motorcyclist has been terrorising the West Godavari district of Andhra Pradesh in India, pricking women travelling alone with a syringe needle in the past week. But police say the victims haven't been injected with harmful substances. Police have now launched a massive hunt for the for 'syringe psycho' after the first complaint was received on August 22.

According to them, the miscreant has attacked 18 women and targeted his first male victim on Saturday. The 'syringe psycho', roams on a black Pulsar bike, covers his face with a handkerchief, and is said to be around 30 years old. Most of the women were pricked on their thighs during morning hours. Over 200 policemen in 40 teams of five each are scouring the area. “We have intensified our hunt to nab the offender who seems to be a pervert enjoying his prank,” said Bhaskar Bhushan, superintendent of police, West Godavari. 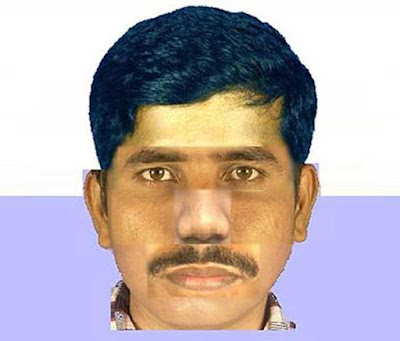 Authorities have released a portrait based on a few sightings and have barricaded roads at several places to check every biker in the district. Police have also announced a reward of Rs 1 lakh (£980, $1,500) to anyone helping in the identification of the suspect. Preliminary tests found no hazardous substance in the needles or in the victims, though the women suffered shock. The attacked women were stable and their blood samples were sent to a Hyderabad lab.

The police have sounded out chemists in Narsapuram division, and have asked them to inform them about individuals who buy syringes. "As he injects his victims in the thigh only, he must have worked in a veterinary hospital, pet clinic or a diagnostic centre," Narsapuram Deputy SP P Sowmya Latha said. "He begins before sunrise and completes his attacks by noon. This is one typical aspect we have come across during our analysis," Latha added. All the victims concur that the 'syringe psycho' controls the bike with his right hand and attacks with the left.
Posted by arbroath at 6:03 am
Email ThisBlogThis!Share to TwitterShare to Facebook