A hospital has blamed budget cuts for its decision to stop providing ice for patients' water jugs. Michelle Lewis discovered the move while visiting Addenbrooke's in Cambridge, when she asked for ice for her friend's water on an oncology ward. 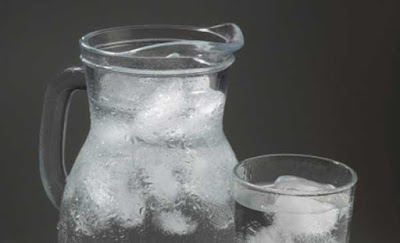 Mrs Lewis requested ice for her friend, who is undergoing treatment for cancer, during a visit on Sunday, as very cold water makes it easier for her to swallow her tablets. She said she was "horrified and gobsmacked" when two healthcare workers and a member of catering staff told her ice had been removed from jugs "because of budget cuts".

Ms Lewis said staff also told her she could not bring her own ice "for health and safety reasons". A hospital spokesman said it was "reviewing who needs ice for clinical treatments". Ice was "still freely available for clinical use only", including mouthcare and ice packs, the spokesman added. "Wards need to call patient catering and it is issued on a bag-by-bag basis," he said. 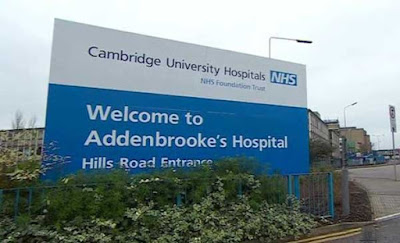 "We are looking at how we save money across the trust. Currently £39,000 [per year] is spent on ice in water jugs. We also need to ensure that the water is coming out of the taps at the right temperature and there is a piece of work we will be undertaking into that," the spokesman added. He was unable to provide details of how this would be carried out.
Posted by arbroath at 6:00 am
Email ThisBlogThis!Share to TwitterShare to Facebook