A North Carolina woman has been charged after authorities say that she bit a man’s genitals. 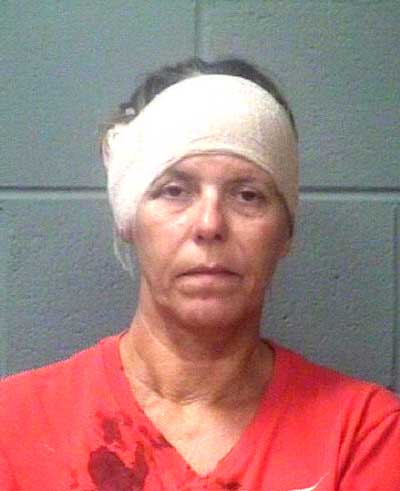 Delavega is accused of biting and tearing open a man’s testicles, maliciously maiming and disfiguring them as well as inflicting permanent damage, according to warrants.

The victim's identity is being withheld because of the nature of the crime and to protect his privacy. Delavega’s first appearance in District Court was on Friday. Bond was set at $10,000. By Friday evening, her bond was paid and she was released from custody.

There's a news video here.
Posted by arbroath at 6:06 am
Email ThisBlogThis!Share to TwitterShare to Facebook

Lets hope she only ripped open the scrotum...


Do not deride or chastise me, nor chalk me up as men-i-tal;
I am the very model of a shrew who bites on genitals.