An elderly Austrian couple who have lived in the same house for 44 years have received a demolition notice for their home after a dispute with their neighbour who likes to swim naked in her garden pond. 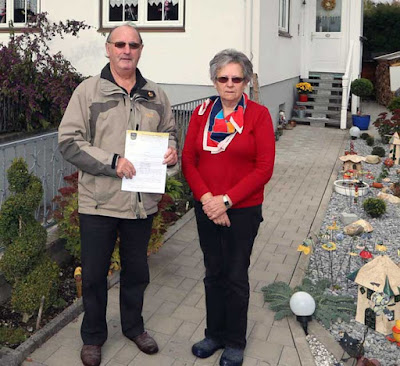 Anton Kreilinger, 74, and his wife, Berta, 70, from Mining in Upper Austria say that they received a demolition notice from the local council on Monday, ordering that the house they have lived in since 1971 has to be knocked down within four months as it contravenes planning laws. "Our house is allegedly too close to the neighbour's property.

"We believe our neighbour instigated this after we had a row with her about our hedge,” Mr Kreilinger said. Their neighbour likes to swim in the nude in her garden and had deliberately let the hedge between the two properties get overgrown so that she couldn’t be seen. However, it was blocking out the Kreilinger’s sunlight so they trimmed it back. 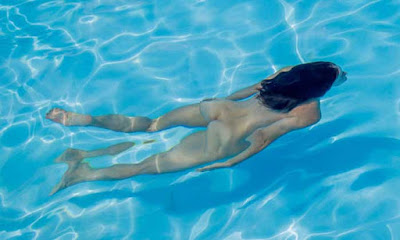 The couple received planning permission for their house in 1968 but then, after agreement with their former neighbours, changed the original plans without reapplying for permission. In 2005 building experts noted that the distance between the house and the bordering property is two rather than three metres. The house also has a gabled roof which measures 26.8 metres, not the permitted 15 metres.
Posted by arbroath at 6:04 am
Email ThisBlogThis!Share to TwitterShare to Facebook

So...they cut the neighbor's hedge because it was blocking the sunlight? If it was a tree instead of a hedge would they have cut that down too? I think they should have left well enough alone...don't cut hedge and don't complain after you do. I'm guessing that they will find some middle ground here.