A couple weeks ago, Jessica Baker from Golden Valley, Minnesota, was getting ready to go to a wedding with her husband when she got a call from her mother. "She called at the last minute and had something come up and said I can't make it," said Baker. 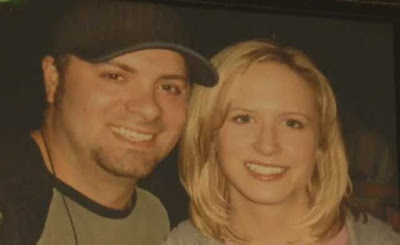 Her mother was supposed to watch their children. And since the invitation said no children, that meant no wedding. But then this week, she received a bill for the dinner they were supposed to have enjoyed.

"You've got to be kidding me," she said with a smile. "It listed, we would have had two herb crusted walleye and there was also a service and tax charge." The total came to $75.90.

"This cost reflects the amount paid by the bride and groom for meals that were RSVP'd for, reimbursement and explanation for no show, card, call or text would be appreciated," the note read. She has no plans on paying it, but she did wonder what else she could have done. "I guess I don't know what the right answer would have been. What the right thing to do would have been," she said.
Posted by arbroath at 6:06 am
Email ThisBlogThis!Share to TwitterShare to Facebook

RSVP, stop whining and chough up the money period

sounds fair to me--they canceled at the last minute--why should the married couple eat the cost?

The wedding couple would have paid for it either way...the only difference is that the food went to waste. Presumably, the invited couple were friends of bride or groom, so why ruin a friendship over a wasted meal. (plus, think of all the booze that the absent couple didn't drink...saved $ there!)

If you're that worried about the cost of your wedding then just go to City Hall.

Just live in sin and take your friends out on the piss. Cheaper and a better party.

I wasn't aware that accepting an invitation to a wedding was now a business agreement. While it's unfortunate that the couple couldn't attend and annoying to the new couple that they paid for food that wasn't eaten, this bill is ludicrous. I'm guessing that the new couple also asked for money in lieu of gifts. What scroungers.

I agree with Ratz, live in sin and take your friends out for drinks. I don't agree with the bride. the wedding is about sharing your day with the people that mean the most to you. Not just invite who ever and hope for money or lots of gifts. They should have called, but the outcome would have been the same. But having said all that, she couldn't really be called a friend if she's willing to put it out on the internet for everyone to see. This probably should have been handled privately.

At the last minute my oldest daughter and one of her bridesmaids had a big fight. The bridesmaid decided not to be in the wedding, and convinced some others of their mutual "friends" not to go as well. We paid for all those meals that weren't eaten, and it never occurred to either my husband or me to bill anyone. That is extremely crass.

Makes me wonder if the bill was a way to show displeasure that they didn't show up, rather than trying recoup the loss.