Two men have been arrested at an airport in Peru after being caught red-handed making an attempt at people smuggling. 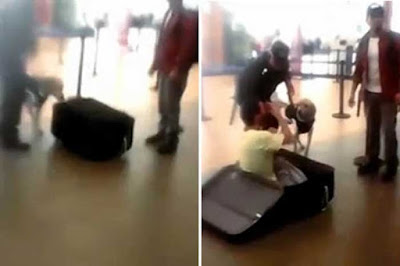 Video of the incident shows a man with an average-sized suitcase being stopped by a security guard with a sniffer dog at Lima's Jorge Chavez International Airport. 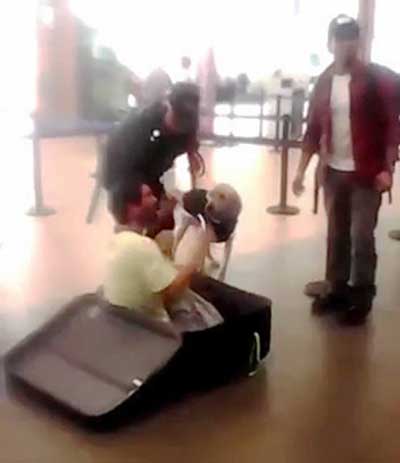 Despite the dog displaying a keen interest in the case, the man wielding it is reluctant to open it, and with good reason. The guard forces the man to unzip the luggage, revealing another man curled up inside the case.

The pair were arrested on the spot. Reports indicate that the men, who were taken away to be interrogated, have been identified, but that information, along with where they were headed and why they went to such extremes, is yet to be made public.
Posted by arbroath at 6:04 am
Email ThisBlogThis!Share to TwitterShare to Facebook