Police in Lancashire are on the hunt for an underwear thief who stole a charity display of pink bras and knickers. 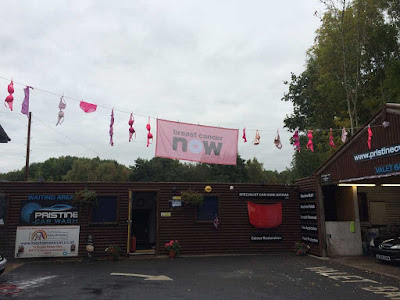 The hooded culprit was caught on CCTV shimmying up a pole to reach the washing line of lingerie at the Pristine Car Wash in Penwortham, Preston, which had been put up in aid of "Paint Penwortham Pink" to highlight Breast Cancer Now. 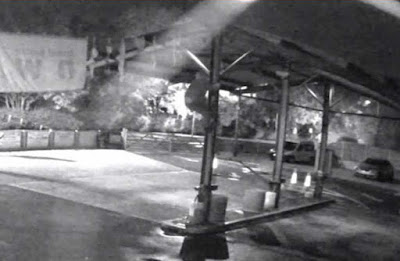 When Pristine Car Wash owner Louise Pratt, 35, arrived at work last Friday, she was shocked when she saw the display had vanished. She checked the CCTV and spotted the thief at 2.24am brazenly leap over a gate to get into the premises before scaling a pole to steal the undergarments. Miss Pratt said she wanted the offender publicly exposed for stealing from a charitable cause.

"It really is crazy. He came on the premises and didn't even look around. As you can see it would take some skill to freestyle up a tall pole. It's quite a tall structure. He was on a mission to get it. I don't think he was drunk because he wouldn't have been able to climb it," she said. The missing underwear is yet to be found but a replacement display has since been put up.
Posted by arbroath at 6:00 am
Email ThisBlogThis!Share to TwitterShare to Facebook