A 37-year-old man accused of stealing toilet paper and a vacuum cleaner from an office in Milwaukie, Oregon, was stopped by a deputy's K9. Clackamas County Sheriff's deputies responded to the office ataround 2:30am on Tuesday. 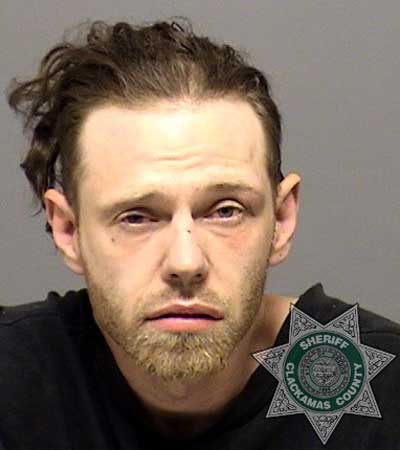 They say a suspect was spotted inside the office trying to hide, after allegedly throwing items over a nearby fence. Deputies say the suspect wouldn't come out of the building, so they sent in K9 Kilo to try to find him. 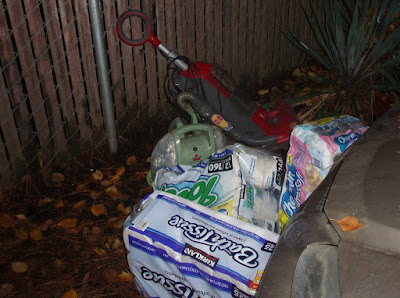 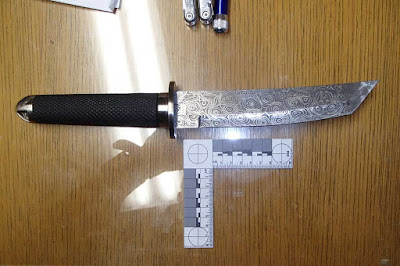 A struggled ensued between Kilo and the suspect, who attempted to stab the dog several times with a large samurai-styled knife. Deputies quickly disarmed the suspect, identified as 37-year-old TImothy Allen Nelson, and arrested him for burglary, attempted assault of police animal, interference with police animal and resisiting arrest. 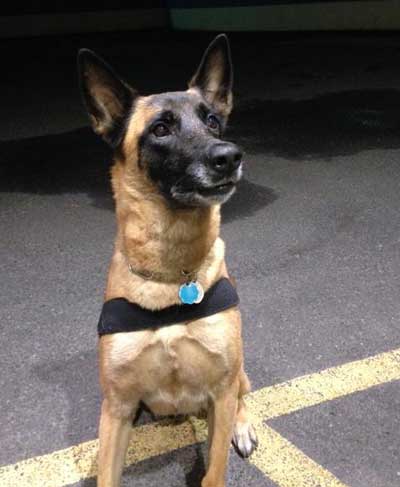 Officials say he attempted to steal a vacuum cleaner, DVDs and toilet paper. Nelson was on parole for burglary at the time. Kilo, who has began service in 2009 was unharmed in the incident. Nelson sustained a bite on the arm and was treated at a local hospital before being taken to the Clackamas County jail.
Posted by arbroath at 6:06 am
Email ThisBlogThis!Share to TwitterShare to Facebook

That is a big damned pig-sticker. I was thinking "oh what a tit" until I saw that. It's not something you just happen to have on you like an opinel or a leatherman.