A Philadelphia nun and Catholic school teacher was placed on administrative leave by the archdiocese on Wednesday after images surfaced of her failing a sobriety test. 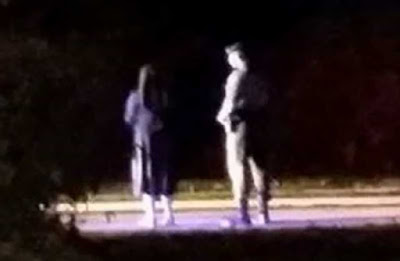 Sister Kimberly Miller, IHM, is a faculty member at Little Flower High School for Girls in Philadelphia. On Nov. 7, Miller was allegedly driving a Ford F150 pick-up truck at around 3am when the truck backed into a Meineke Auto Shop in Turnersville, New Jersey, smashing the shop’s front door. 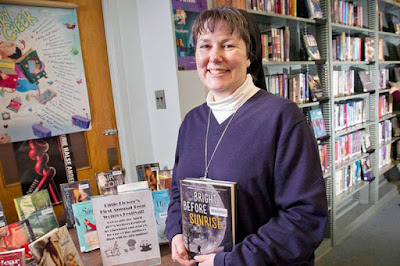 Police stopped the pick-up a short distance away. A passer-by captured video as an officer led the nun through a field sobriety test. Miller was later charged with driving under the influence. Sister Kimberly, a beloved teacher at Little Flower, leads a popular literary festival at the school.

Archdiocese spokesman Kenneth A. Gavin offered few details about the disciplinary action. “This action was taken following a matter that took place outside of school last Saturday morning,” Gavin said. “School families have been informed of this development and arrangements have been made to provide coverage for her classes."
Posted by arbroath at 6:05 am
Email ThisBlogThis!Share to TwitterShare to Facebook

C'mon. If you go to Little Flower High School, how in the world would you ever admit it to anyone?

Second, and the question EVERYONE wants answered, DID THE NUN GET HER KNUCKLES RAPPED???