The World Curling Federation has banned controversial brooms at the 2015 Pacific-Asia Championships which began on Sunday in Kazakhstan. The WCF described the move as "an interim decision" while it develops an equipment policy to address recent brush head technology that could fundamentally change the sport. 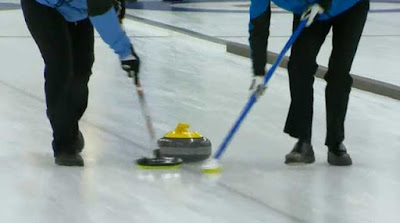 Coarse material on the broom heads creates a sandpaper effect on the ice and with it, sweepers have been able to manipulate the rock's trajectory in ways they never could before. Some have dubbed the new equipment "Frankenbrooms." Fearing that throwing accuracy and athleticism would be diminished, the curlers said they want to protect "the integrity of the game" in refusing to use the brush heads.

The WCF says team participating in the Pacific-Asia Championship in Almaty can't use brooms that are "modified, custom-made or home-made" and "only sweeping equipment available for sale to the public at retail outlets will be permitted." On Friday, it issued a moratorium on the use of the brooms at that competition only, with the review continuing to determine if they’ll be permanently banned from the sport. 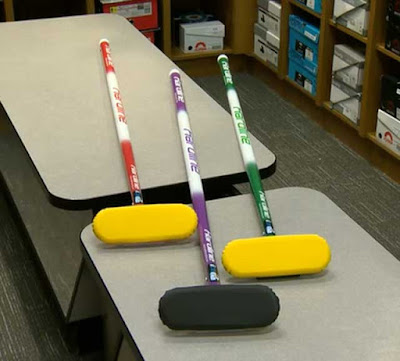 "Most fabric used in curling brush heads is produced with two different sides: one that displays a weave, and one that is embossed, sealed or patterned and may appear 'plasticized,"' the WCF said in a statement. "The difference can usually be easily determined with the naked eye or a low-power magnifying device. The 'fibre weave' in any brush head fabric which comes into contact with the ice must be visible to players and umpires."