A pair of fishermen have rescued a wombat they found swimming more than 250 metres offshore at a lake in central Tasmania, Australia. 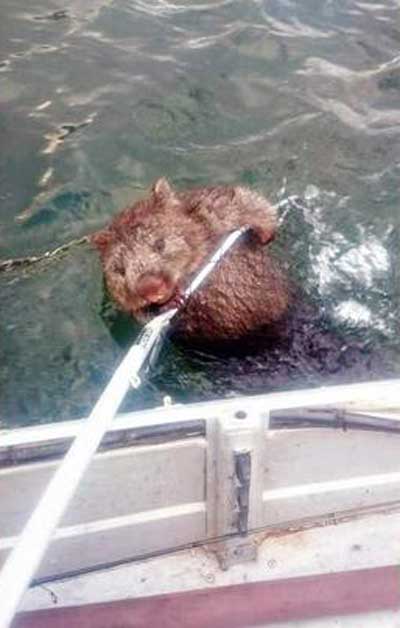 Bob Wilton and his stepson Craig Wilson were looking for a sheltered place to drop a hook when they noticed something in the water. "It was fairly windy and fairly choppy out on the water and we were just looking for a place along the foreshore to get out of the wind," Mr Wilton said. 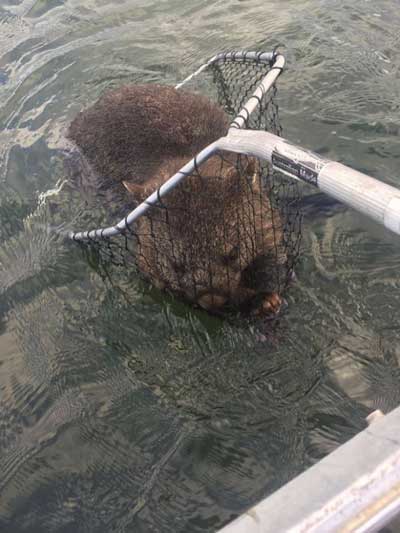 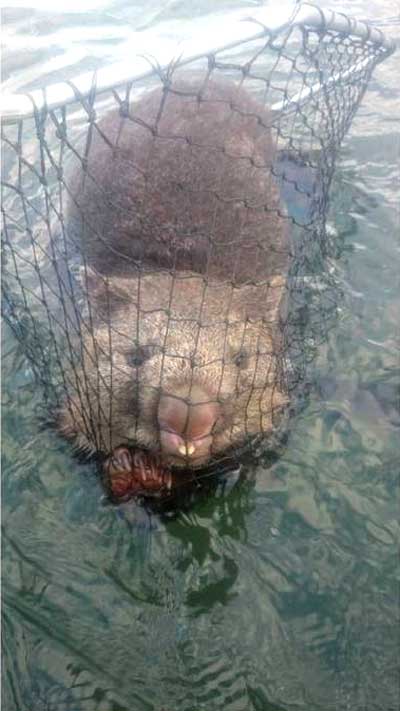 "As we were moving I noticed what looked like a platypus from a distance in the lake. As I got closer I thought it looked like a rat and when I got closer it was a wombat. I reckon he was about 250 to 300 yards offshore." Mr Wilton said his stepson used a net to rescue the struggling marsupial in Woods Lake in Tasmania's central highlands. 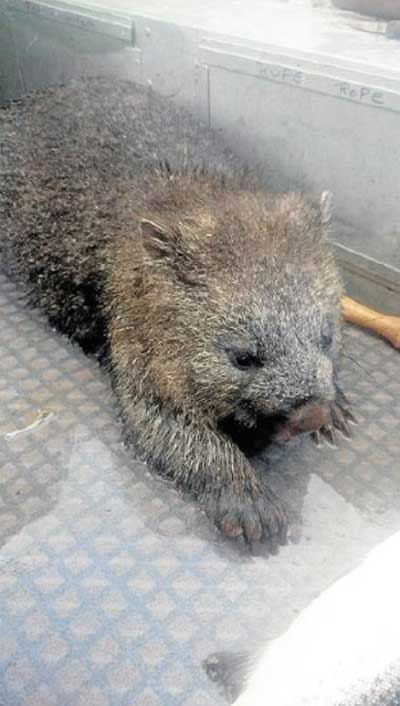 "He was pretty well distressed," he said. "He was struggling and that and I said to Craig, 'I think we better help this poor guy out'. I picked him up by the fur and lifted him up into the boat and he just sort of sat on the floor. I think he was glad to get his feet on the floor of the boat." Mr Wilton said he had no idea how the wombat ended up so far from the shore but he did not appear to be injured.
Posted by arbroath at 6:05 am
Email ThisBlogThis!Share to TwitterShare to Facebook