A pizza delivery, a dog and a loaded gun combined for an accidental shooting in West Toledo, Ohio, on Thursday. Ryan Brill, 18, of Toledo was delivering to a home at about 8:15pm. The customer, Anthony Wulf, told police he placed his gun on a table before answering the door when his dog knocked it away.

The firearm hit the ground, fired once, and shot Mr Brill's right leg. Mr. Brill was treated at ProMedica Toledo Hospital for injuries police said appear not to be life threatening. Mr Brill, who is employed by Wild Wings N Things, said he was surprised by what occurred. 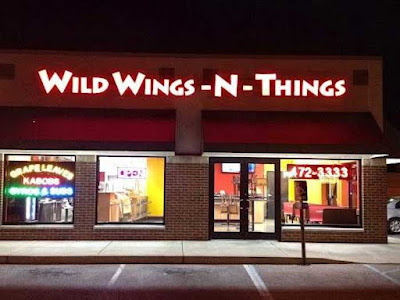 “I've delivered to this guy before. Never shot me,” Mr Brill said. Shock and adrenaline initially dulled the pain. Mr. Brill said his leg felt warm, and it then grew numb. “The sound went off, and immediately I knew it was a gunshot,” Mr Brill said. Mr Wulf quickly ushered Mr Brill into the house.

He performed first aid on the wound and called police, Mr Brill said. The victim left the hospital after roughly two hours of treatment. He will need crutches for two to three weeks. Police have not filed charges against Mr Wulf. Mr Brill said he received an apology from the gun owner and does not plan to pursue charges himself. “I don’t know if I’m ever going to deliver to that guy again,” he added.
Posted by arbroath at 6:06 am
Email ThisBlogThis!Share to TwitterShare to Facebook

"Police have not filed charges against Mr Wulf."

How is this possible?! He's responsible for shooting another person, how can there not be charges filed?