A proposal for a solar farm has been rejected by the town council in Woodland, North Carolina, following public concerns. Members of the locality expressed their fear and distrust of solar panels before a vote on whether the land in question should be rezoned to allow Strata Solar Company to build a solar farm off US Highway 258.

One local man, Bobby Mann said that businesses would stop going to Woodland, the community would suffer as a result and the farms would suck up all the energy from the sun. “You’re killing your town,” he said. “All the young people are going to move out.” A retired science teacher, Jane Mann, expressed concerns that plants in the vicinity of the panels would not photosynthesize which would prevent the plants from growing.

She also questioned the high number of cancer deaths in the area, saying no one could tell her that solar panels didn’t cause cancer. Woodland is a popular choice for solar farms because it has an electrical substation which the solar power generated by the panels can be hooked up to. Three other solar farms have been approved by the council. One of them has started installing solar panels. 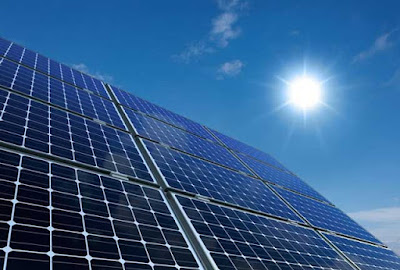 A petition rejecting solar farms coming to the area was handed to the council and it was requested that any future solar farm applications be put to a referendum. Company representatives from Strata then spoke and tried to put the concerns of residents at ease. They told them “there are no toxic materials on site” and “this is a tried and true technology.” The council gave the people what the wanted and voted 3-1 against rezoning the land and later voted for a moratorium on future solar farms.
Posted by arbroath at 6:05 am
Email ThisBlogThis!Share to TwitterShare to Facebook

That is North Carolina in a nutshell. Born there, long gone.

Wow! People are really this stupid?

Glad I didn't get my science lessons from that daft bat.

This is _not_ an Onion article?

Tip to North Carolinians: It's _fluoride_ you put in your water. Not lead.

All us smart folks moved way out west to the Smoky mountains years ago.

Left the Liberals and mentally challenged behind.

They were right, obviously the previous three solar farms have sucked the intelligence out of the area. A forth could have been fatal.

Toejam, I doubt the Liberals were against the solar farm.

These concerns are not as silly as reported. Solar panels are large areas of land where nothing else really grows underneath them. They bring no money or opportunity to the community, and they do contain potentially carcinogenic materials, which could be a problem in the future. Solar panel farms are not without negative consequences.