44-year-old Florida woman Tammy Roseman, is accused of barging into a man’s home, before cooking his food, according to an arrest affidavit. Indian River County Sheriff’s deputies went to an address in Vero Beach on December 12th and spoke to the homeowner. He said a woman identified as Roseman came to his door and asked for food.

He said she forced her way past him and walked to the kitchen. “Roseman began rummaging through (the man’s) fridge, gathering food and started cooking it on his stove,” the affidavit states. Roseman had a beer in her hand and looked intoxicated. “(The man) said she took all of his steak and vegetables, along with his Grey Poupon amounting approximately (to) $25,” the affidavit adds. 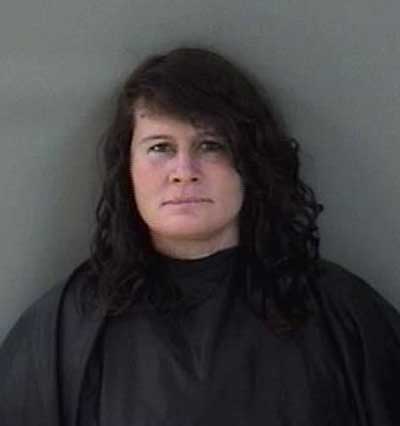 Investigators talked to Roseman. She was holding a grocery bag of steak and vegetables and an open jar of Grey Poupon, a Dijon mustard. Roseman said her friend, “Stone Cold Steve,” permitted her in the home and gave her meat to cook. Roseman, who was sweating “profusely,” said the man at the door let her in. She said he yelled at her in Spanish and she felt threatened.

“I asked Roseman if she may have thought the man was yelling at her because she came into his home, began cooking all of his food and eating it,” the affidavit added. Roseman said “Stone Cold Steve” lived there and gave her the food. The homeowner told investigators he lived there alone. Roseman, from Vero Beach, was arrested on a burglary occupied dwelling charge.
Posted by arbroath at 6:07 am
Email ThisBlogThis!Share to TwitterShare to Facebook