Police hope that robber's distinctive underpants will help identify him

Police hope a distinctive pair of underpants will help them identify men they wish to trace following a robbery. 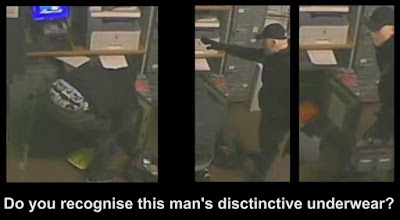 Breadsall Priory Country Club, near Derby, was targeted in the early hours of Sunday. Officers said two masked men, one armed with a hammer, entered the venue and threatened a member of staff before taking cash from the safe. 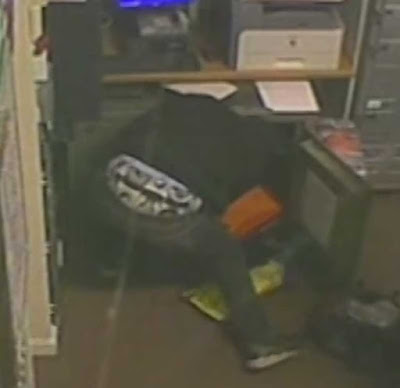 CCTV images show a suspect wearing what police describe as "distinctive underwear". One of the suspects is said to be white, about six feet tall and of medium build.

The second is described as black and about the same height and build. Anyone with information is asked to contact Derbyshire Police.
Posted by arbroath at 6:00 am
Email ThisBlogThis!Share to TwitterShare to Facebook