Three 12-year-old girls facing felony charges in Florida for allegedly spiking a soda with spicy hot pepper that sickened their teacher faced a judge on Saturday. The Volusia County Sheriff's Office began its investigation after being notified of the incident on Thursday. Deputies said the girls, who attend Deltona Middle School, were arrested early on Friday evening. Investigators said the incident was sparked by a student who was angry about being disciplined. 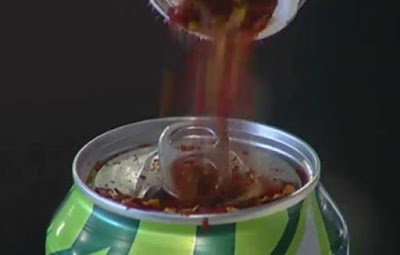 The teacher referred one of her students to the principal’s office on Monday for dumping glue into another student’s backpack and for suspicion of stealing a laptop computer, deputies said. Angry at her teacher and wanting to get back at her, deputies said the student came up with the idea of pouring something into her teacher's drink. The student grabbed some crushed red pepper from her house and took it to school on Tuesday. When the teacher took a drink of the tampered soda, her throat became hot and scratchy. Deputies said she started to choke and experience shortness of breath. After taking a second sip, the teacher poured the rest of the soda into a clear plastic cup and noticed the flecks of red pepper, according to the Sheriff's Office.

The teacher continued to suffer from a sore, scratchy throat and stomach pains that lasted into the evening, deputies said. While school officials were able to identify the student as the culprit, the Sheriff’s Office’s investigation revealed that two other students were also involved. During second period on Tuesday, the student grabbed the teacher's open can of soda and took it back to her desk. Deputies said she then handed the crushed pepper to another student, who dumped it into the soda can. That student then put the soda can back on the teacher's desk. A third student also was in on the plan, distracting the teacher while the other two were tampering with the soda, according to the Sheriff's Office. 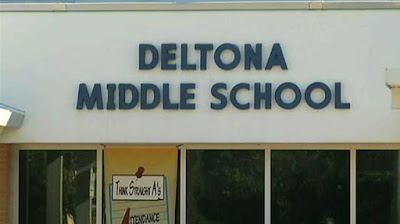 The first two students are being charged with poisoning food or water and tampering with consumer products, deputies said. The third student is being charged with tampering with consumer products and being a principal to poisoning food or water. All charges are felony offences, according to the Sheriff's Office. "It should be noted this act was done in retaliation for the teacher upholding her duties and responsibilities as a teacher, maintaining control of her classroom and attempting to protect the other children from [the disciplined student's] unacceptable behaviour," sheriff's investigators wrote in the charging affidavits. The three students faced a judge on Saturday morning, where they were ordered to stay in the care of the Volusia Regional Juvenile Detention Center in Daytona Beach for the next 21 days.

I hope the parents have to fork out a lot of money. They clearly have not taught this girl morals or talked about consequences. I see jail time for the main girl in all of this. Glad to see the Judge decided to keep them locked up. Hope they are scared.