It appears the maternal instinct was strong with one dog at a boarding kennel in St. Albert in Alberta, Canada, as surveillance video shows, she broke out of her own kennel in an apparent effort to comfort rescue puppies staying at the same facility. 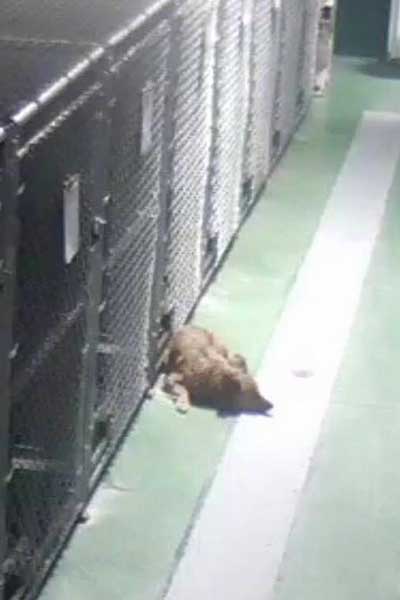 On Friday, Sandi Aldred, owner of Barkers Pet Motel and Grooming said Maggie, an Australian Shepherd cross took extreme measures to help some rescue puppies that were also at the kennel. Surveillance footage shows Maggie going up to the kennel the puppies were in, and trying to comfort the two crying puppies inside - she had broken out of her own kennel to get to them. 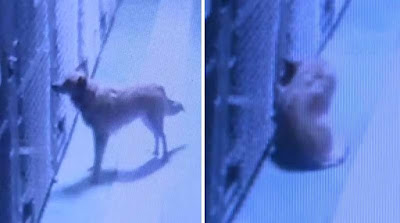 Aldred said it was the puppies’ first night at the kennel, and they may have been a little scared. “She just wanted to get to these puppies, so she pushed her way through, wiggled her way out,” Aldred said. “She must’ve known pretty much where they were because she almost went right to their room. 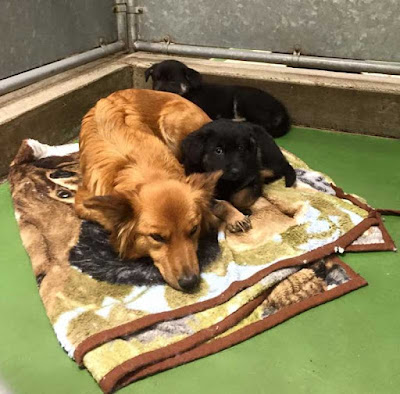 “She stood there, she pawed at their door, she put her nose in there, she did her little bum wiggle and little bow to them and just wanted to be in there with them. Then she just sort of stood guard with them until we got back.” Aldred said Maggie’s own litter of puppies had been adopted out. Meanwhile, the two puppies Maggie tried to comfort, along with the other seven in their litter, will soon be up for adoption.

There are videos, showing different footage, here and here.
Posted by arbroath at 6:05 am
Email ThisBlogThis!Share to TwitterShare to Facebook