Dog stuck in rehoming centre because of his hypnotic eyes

A dog in need of a home is being overlooked because of his hypnotic eyes. Floyd the Siberian Husky is friendly and loves to play, but staff at the Dogs Trust Kenilworth think his eyes are putting people off. 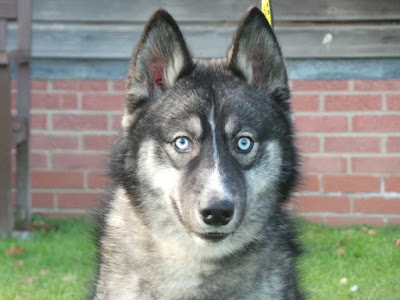 The three-year-old dog has been at the trust’s kennels in Honiley, Warwickshire, for a month after his previous owners could no longer look after him. Lots of other dogs which arrived at the same time or afterwards have been chosen by people visiting the kennels in search of a pet, but Floyd has been overlooked.

He needs a home with only adults and no other pets, and likes lots of treats and lots of games of chase. Sarah Graham, spokesperson for the Dogs Trust, said: “We are concerned that Floyd is being overlooked due to his unusual eye-catching appearance - he bears a striking resemblance to Kaa, the hypnotic–eyed snake in the Jungle Book.” 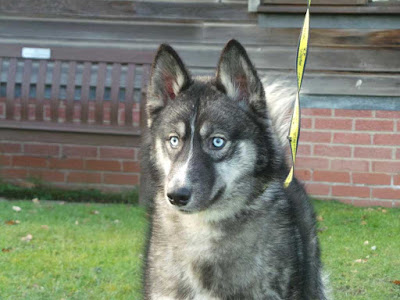 And Dogs Trust supporter relations officer Helen Barlow said: “Even with his striking good looks and bouncy personality Floyd is often passed by despite his efforts to catch the eye of potential owners. He needs a patient adult owner who will give him plenty of time to help him settle in to family life. This energetic boy is looking for an active adult home and would prefer to be king of the jungle as the only pet in home.”
Posted by arbroath at 6:04 am
Email ThisBlogThis!Share to TwitterShare to Facebook

If he can go to Alaska, there are thousands of dogs just like him.He would he homed in no time!