Candidates at an Indian army recruitment day in Bihar were made to take a written exam in their underwear to prevent them from cheating after a spate of exam cheating scandals in the eastern state. 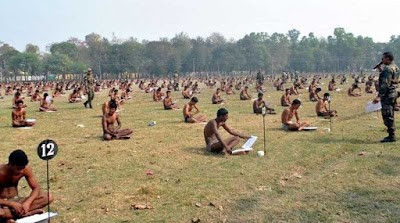 The men sat and crouched in a field wearing only underpants while uniformed supervisors stood guard. An army source said they took this step to “save time on frisking so many people” after more than 1,000 candidates turned up. 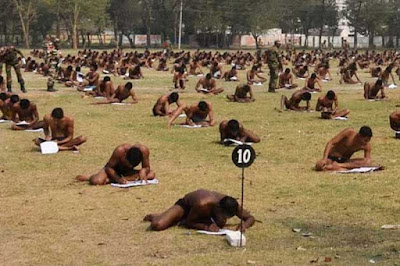 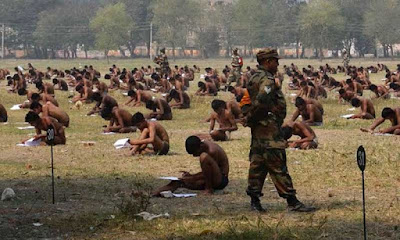 “We had no option but to comply with the instructions even though it felt odd,” one candidate said. There is huge pressure in India to secure good school grades and highly sought-after government jobs.

A year ago police in Bihar said they had arrested about 1,000 aspiring officers for paying people to sit their exams for them. The high court in the Bihar capital Patna has asked the defence ministry for an explanation of the unusual move, after a lawyer filed a petition against the army. An army spokesman in New Delhi refused to comment.
Posted by arbroath at 6:02 am
Email ThisBlogThis!Share to TwitterShare to Facebook