Wayward deer rescued from the Gulf of Mexico

When a Florida Fish and Wildlife Conservation Commission officer was on patrol on Monday, probably the last thing he expected to see was a pair of deer swimming in the Gulf of Mexico, more than a half-mile from shore. 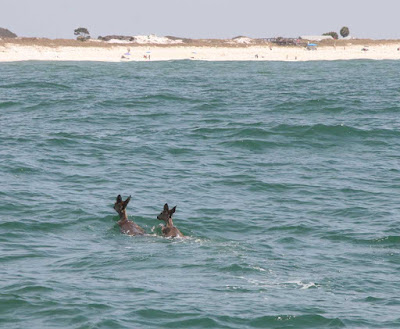 Maj. Bruce Cooper was flagged down at Panama City Beach by a kayaker who became concerned after she saw the deer run from the beach into the surf and swim away from shore. 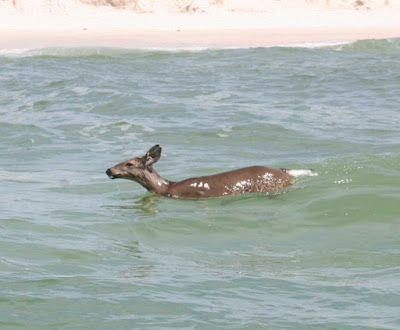 Cooper searched the area and spotted the heads of two deer swimming more than 1,000 yards from shore. He approached the deer and saw that they appeared fatigued and disoriented from battling 2 to 4-foot waves. 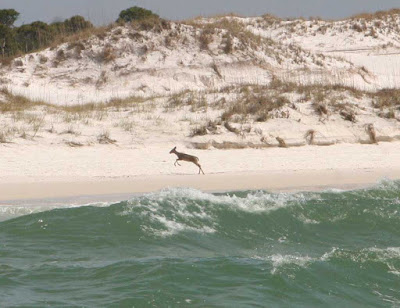 Cooper was able to guide the deer back to shore and navigate them back to land. When the doe and her fawn finally reached the beach, they ran from the shore and over the dunes into St. Andrews State Park.
Posted by arbroath at 6:04 am
Email ThisBlogThis!Share to TwitterShare to Facebook