A woman from South Perth, Australia, says she has been "entombed" by an apartment block that is being built just centimetres from her balcony, in the latest example of a series of planning fights taking place in the area. 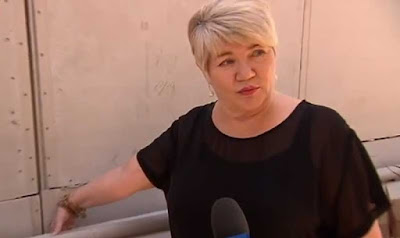 Hellen Barnaby's apartment balcony on the Mill Point Peninsula used to look out towards the Perth CBD but now her view is of a blank wall. Both Ms Barnaby's property and the development progressing next door appear to have been built right on the boundary, with no space whatsoever left in between. 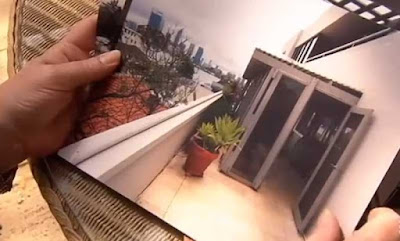 "I don't own the view and I don't expect to own the view but I am being entombed," she said. "I feel like I am in a concrete coffin." Ms Barnaby and her husband had lived in the building for 26 years and hand delivered a letter of protest against the new development to the South Perth council in 2012, but have since been told the correspondence was lost.

A large number of high-rise apartment complexes being built in the South Perth have caused residents to protest over the past year, despite them being allowed by a local planning scheme amendment that was put out to public consultation. The pro-development lobby says the area must be of sufficient density to allow a planned train station to be viable. The City of South Perth declined to comment.
Posted by arbroath at 6:04 am
Email ThisBlogThis!Share to TwitterShare to Facebook

Are there no easements or set-backs in Perth?

This development is located in a city, not a suburb. It should be expected that buildings touch each other when they are located on the same block.