Pub industry leaders have expressed disbelief after a licensee with an exemplary record was prosecuted by a council for serving a pint which was six teaspoons of beer short of a guideline minimum. Former president of the Federation of Licensed Victuallers Associations (FLVA) David Hawksworth said North Yorkshire County Council had wasted many thousands of pounds of taxpayers' money in its failed case against the landlady of The Fleece, Northallerton, over "a splash of ale". 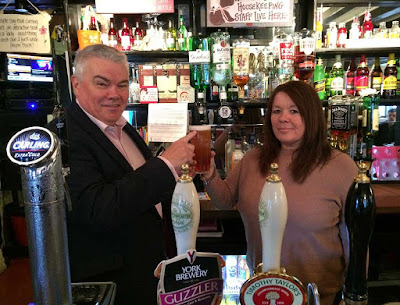 Licensee Michelle Craggs, who has been in the pub trade more than 30 years, was found not guilty of serving short measures at Northallerton Magistrates Court - which was opened especially for the four-hour hearing. Magistrates heard trading standards officers visited The Fleece in October after a complaint from a couple who Mrs Craggs said had initially queried the price of the beer before being given a free half pint. The officers said after ordering a pint of Wainwright and a pint of Carling from a new member of staff they left the drinks on the bar to see if a top-up would be offered, a claim Mrs Craggs disputes, before decanting them into a calibrated measuring cylinder.

The landlady said beer residue was left in the vessels, making the officers' measurements of 509ml for the ale and 552ml for the lager inaccurate, a claim the council rejects. Officers found the lager was above the British Beer and Pub Association guideline minimum of 95 per cent liquid, but the ale was 5.3 per cent (31ml) below. Magistrates dismissed the charge after accepting she adequately trained her staff and took due diligence to ensure correct measures were served. Afterwards, Mrs Craggs said: "They prosecuted over a matter of a splash, not even a mouthful. I run a very tight ship and over 30 years I have never had any issue with the police or trading standards. 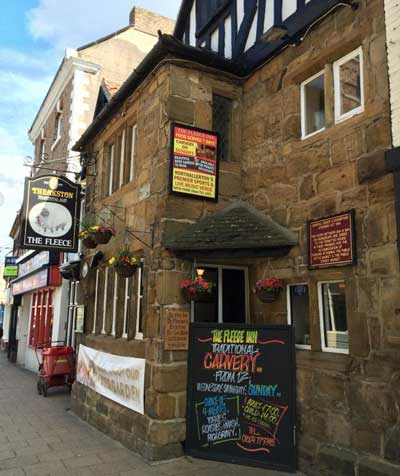 "Due to the stress takings are £40,000 down and I often found myself crying for no apparent reason." Mr Hawksworth said the FLVA was astonished that the council had employed a barrister for the case. "We believe it is an utter waste of taxpayers' money, particularly by an authority making drastic cuts to public services to trim its budget, which included opening a court for a case about six teaspoons of beer in one pint of the 64,970 the pub serves annually." A council spokeswoman said it would note the court's view when considering future cases. She added: "When the publican was duly interviewed about the incident she stated she did not accept that beer could be in short measure in the way that spirits or wine could and that she had never heard of the code of practice."
Posted by arbroath at 6:02 am
Email ThisBlogThis!Share to TwitterShare to Facebook


Look at it another way, if you were to put 55 litres of fuel in your car and you only got 51 would you be happy with that?