A major road in Shropshire was closed after a lorry shed its load of pre-made spaghetti bolognese. 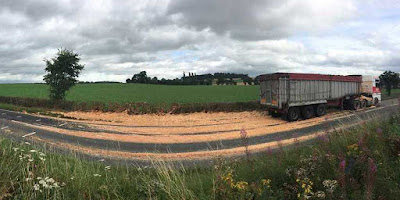 Twenty tonnes of pasta and sauce covered the A5 near Shotatton, forcing police to close the road between the A483 at Oswestry and the A458 at Shrewsbury. 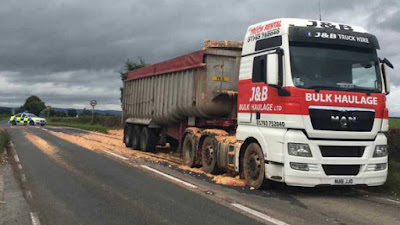 A spokeswoman for West Mercia Police, which attended just after 11:30am on Monday, said it was not clear how the food had ended up on the road. 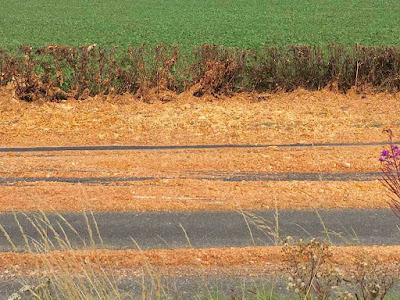 The spaghetti bolognese was strewn all over the carriageway for around 100 yards, with strands of pasta dangling from the wheels and the front section of the heavy goods vehicle. No-one was arrested and no-one was injured.
Posted by arbroath at 6:02 am
Email ThisBlogThis!Share to TwitterShare to Facebook

why was it transported this way? My guess (or HOPE) is that they were hauling it away from whatever factory makes this stuff to some landfill. Hopefully this isn't how it gets delivered to stores.

Is the truck in the photograph just there to clean up the mess or is this the truck that spilled it? Because-- 6,000 gallons of "pre-made spaghetti Bolognese" going to restaurants in a rusty dump truck with a tarp over it? Jesus Christ! Bolognese has tomatoes and oil and /already second-pick meat/ in it and quickly devolves into vomit without refrigeration. What restaurant chain was it headed for?

After being run over a few times I guess it's turned into lasagne.