There’s a mystery monkey on the loose in Florida. It was spotted in Hudson on Wednesday morning, and according to reports of other sightings it is moving south. Pictures taken by Rick Akins in Hudson show the monkey near homes, which is why the Florida Fish and Wildlife Conservation Commission wants to remind everyone not to feed the monkey or approach it. 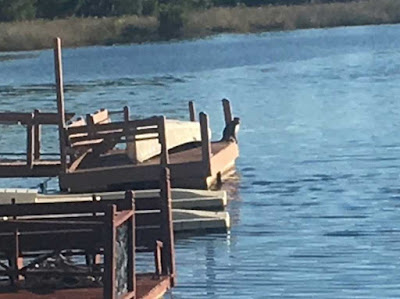 “They can carry diseases that can spread to people,” said veterinarian Dr. Don Woodman. “It’s normal monkey behaviour to be curious, it’s normal human behavior to be curious. Humans find them interesting and think they’re cute so humans try to make friends with them. They end up inevitably getting bit and then people want to kill the monkey.” 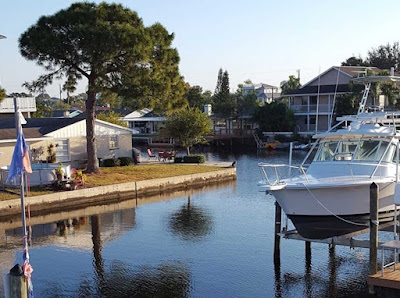 Atkins said: "I saw what I thought was a big cat sitting on that seawall and I was standing up on my deck and a looked down and it moved, it started walking, and when it started walking I said 'oh! It's not a cat’. It kept coming down and testing the water and then finally it just jumped in and swam across and came up on the floating dock." Minutes later, Akins saw a Fish and Wildlife official come around the corner.

“They were going off in that direction and I hollered at them and said ‘Hey, are you looking for a monkey?’ and they said ‘yeah, we’re looking for a monkey’ and I said ‘he went that away,” added Akins. “They weren’t too far behind him but I don’t think they ever caught him, I think the monkey was on a mission. He was headed south.” The public is urged to secure their trash to avoid attracting the monkey, thought to be a rhesus macaque, and not to approach or feed it, as it can cause serious harm.
Posted by arbroath at 6:05 am
Email ThisBlogThis!Share to TwitterShare to Facebook