A shop manager has been fined for sweeping the street outside. Ryan Bond is a manager at Rat Race in Margate High Street, Kent, and was carrying out his daily routine of cleaning the outside of the store. 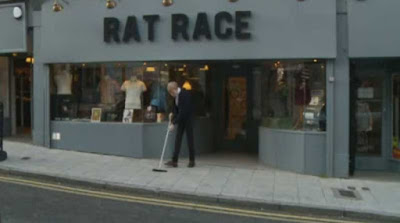 He was being watched by two environment wardens as he was sweeping cigarette ends into the road for a road cleaning machine to pick up when it next came past. The uniformed workers, who were on duty on behalf of Thanet District Council (TDC), then followed Mr Bond into the shop. They handed him an £80 fixed penalty notice (FPN), saying as he had touched the cigarette ends with his broom he had then taken responsibility for them. 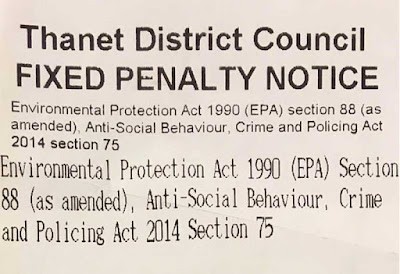 When he asked the team what he should have done with them instead, he was told that he should have picked them up and put them in a bin. Mr Bond said: “It’s put me off tidying the front of the shop because I’m worried I’m going to get fined. I’ve written a letter to the council to ask for some advice and I’m going to wait for their reply before I pay it.” Despite the appeal, a council official has released a statement condemning Mr Bond's decision to sweep the litter away. 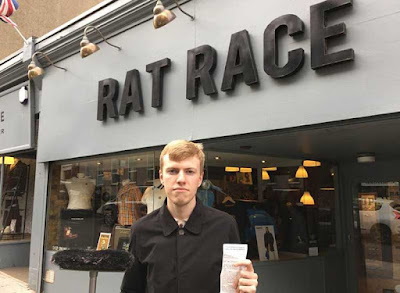 Head of operational services Geoff Dunne said: "Whilst we appreciate that Mr Bond was trying to keep his shop entrance clear, it should be noted that had Mr Bond collected up and binned the litter, the outcome would have been different. The council can confirm that we have received an appeal, which we will process in line with our guidelines." Mr Bond, 21, has worked at the shop for a year and a half, sweeping the pavement outside every day to smarten up the entrance. He has now stopped as he is worried he may be hit with another fine. He added: “I’m being treated like I’ve done something wrong but I haven’t, I was just tidying the front of the shop."

The solution for him is to get a leaf-blower so he can clear the walk without actually touching anything on it.

He's not tidying up anything, he's moving the rubbish from one bit of the road to another by sweeping it from the pavement in front of the shop onto the road.

I've never understood why people do this, if you are going to sweep up rubbish, do it properly and put it in a bin.