Plastic surgery for the dead

The recent boom in cosmetic procedures has raised the bar for many of us when it comes to appearance. And, it turns out, the dead are no exception.

As the population has become increasingly sophisticated about procedures to enhance their appearance, so have their requests, morticians say, for smoothing lines, plumping lips and even boosting sagging parts for that last big special occasion — their funeral.

“People used to say, just throw me in a pine box and bury me in the back yard,” says Mark Duffey, president and CEO of Everest Funeral, a national funeral planning and concierge service. “But that’s all changing. Now people want to be remembered. A funeral is their last major event and they want to look good for it. I’ve even had people say, ‘I want you to get rid of my wrinkles and make me look younger’.” 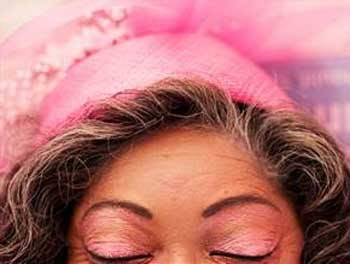 Morticians have always performed a bit of cosmetic magic when it comes to recapturing the lifelike appearance of a person who’s passed on. What's happening now, however, is some people are making advance arrangements for these final touches and in ways they never used to even think about.

“I’ve had people mention that they want their breasts to look perky when they’re dead,” says David Temrowski, funeral director of Temrowski & Sons Funeral Home in Warren, Mich. “Or they’ll say, ‘Can you get these wrinkles out?’ It’s all in humour, but I think people do think [more] about what they’re going to look like when they’re dead and lying in a casket.”

Full story here, with video featuring dead bodies.
Posted by arbroath at 9:51 am
Email ThisBlogThis!Share to TwitterShare to Facebook