Man who invented the doner kebab has died

Mahmut Aygün, snack visionary and dab hand with a meat carver, has died of cancer at the age of 87, almost 40 years after permanently changing the drunken dining habits of millions.

The chef was born in Turkey but later moved to Germany in the hope of one day opening his own restaurant. He was serving customers at a snack stall when it dawned on him that kebab meat – a mix of roasted lamb and spices traditionally eaten with rice – could be served differently.

'I thought how much easier it would be if they could take their food with them,' he once said. 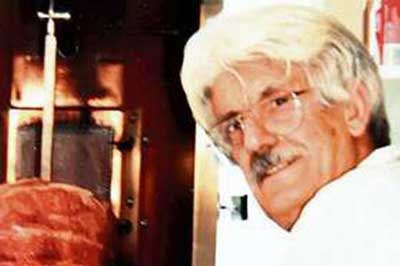 So, on March 2, 1971, his Berlin restaurant 'Hasir' became the first eaterie to serve meat in pitta bread.

But Mr Aygün's services to the takeaway industry did not stop there. He is also credited with inventing the yoghurt sauce which became the doner's hallmark.
Posted by arbroath at 10:10 am
Email ThisBlogThis!Share to TwitterShare to Facebook