An underage, intoxicated and unlicensed teenager has been caught driving a car full of drunks, including his mother, in country Victoria, Australia.

Astonished police say they detected the 15-year-old, who is not old enough to hold even a learner's permit, driving his three intoxicated passengers in an unregistered Ford station wagon travelling along McDonell St, Nathalia, near Shepparton. 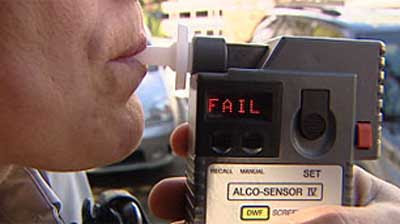 But after pulling the teen up late at night on July 6, their shock turned to dismay when they found an inebriated woman in the backseat of the car was the boy's mother. The teen, who blew .107, more than twice the limit for a fully licensed adult driver, is set to be charged on summons.

Senior Constable Kerry-Anne Rappell said the actions of the driver and the passengers were "dangerous and irresponsible''. "These people are lucky they weren't involved in a serious collision,'' she said. "This is totally unacceptable. People need to start thinking about actions and consequences on the road.''
Posted by arbroath at 6:05 am
Email ThisBlogThis!Share to TwitterShare to Facebook

No endangering a minor charge for the mother? Supplying a minor with alcohol? Nothing?