An attempt by a Pakistani man to get in touch with his divorced wife ended in disaster as the woman chopped off his genitals in a Karachi hotel. Abid Pervaiz, 25, was lucky to have survived the attack, a doctor on duty said.

"He was brought to the Jinnah hospital in a bad shape this afternoon with severe genital mutilation wounds. It is a miracle that the man had survived despite severe bleeding," the doctor said. According to Mehmoodabad police station's duty officer SI Mohammad Azeem, Abid hails from Sukkur and was living with some distant relatives. 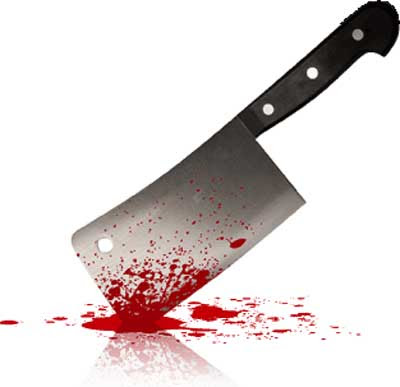 He was divorced, but began communicating with his ex-wife again. The couple decided to meet again and hired a room at a city hotel, where the woman allegedly mixed some sleeping pills in his juice.

When Abid woke up, he discovered that his genitals had been cut off, Azeem said. "Abid told me that before he passed out completely, he heard his former wife speaking to someone on the phone, saying that she had carried out her plan," the officer said.
Posted by arbroath at 6:03 am
Email ThisBlogThis!Share to TwitterShare to Facebook